A Twitter user tweeted at the PDP page reminding them of Jalingo and assuring the party that the case will be brought up in 2023 ahead of the next election. 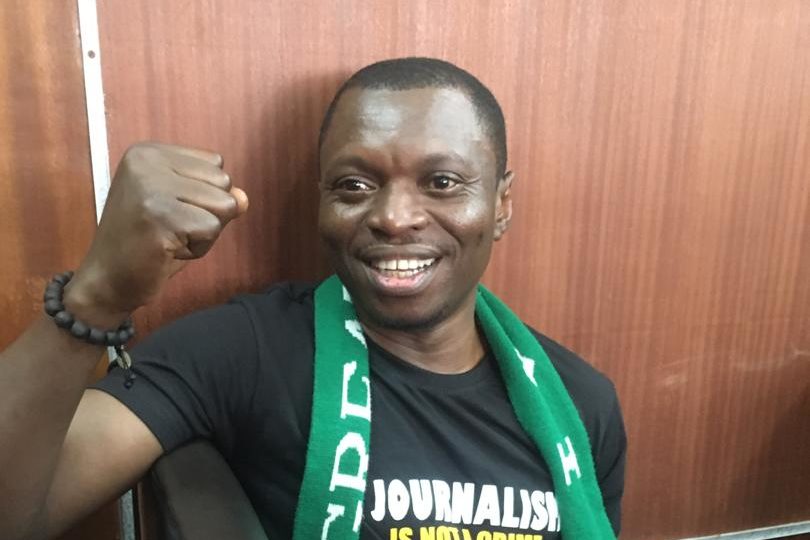 Today makes it 135 days that a Nigerian journalist, Agba Jalingo has been arrested.

Mr Jalingo, the publisher of CrossRiverWatch, was arrested on August 22 over a report alleging that the governor of Cross River State, Ben Ayade, diverted N500 million belonging to the state.

He is now facing treason charges and has been behind bars ever since.

A Twitter user, Henry Shield (@henryshield) has now tweeted at the official PDP page reminding them of Jalingo and assuring the party, the case will be brought up in 2023.

2023 is another time for Nigerians to elect their leaders. Already the tweet has been retweeted 214 times.

The tweet reads; ''Dear @OfficialPDPNig, today makes it 135 Days #AgbaJalingo was arrested by your Cross River State’s Governor. We will remind you of this in 2023.'' 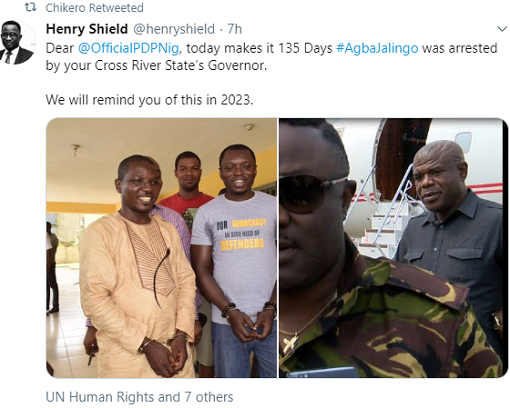