These are some takeaways from Asiwaju Bola Tinubu's position on the the Western Nigerian Security Network codenamed Amotekun. 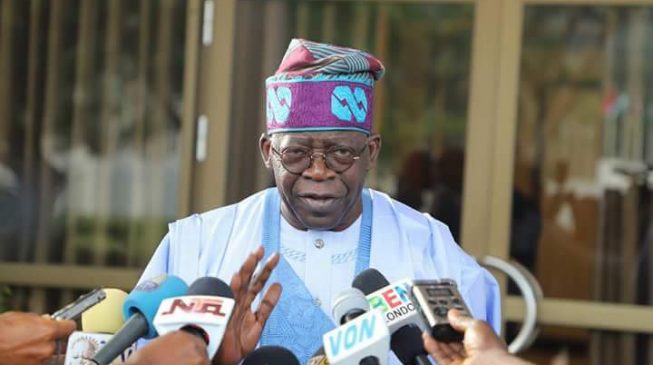 The long-awaited position of National Leader of the All Progressives Congress (APC), Asiwaju Bola Tinubu, on the raging controversy over the Western Nigerian Security Network (WNSN) codenamed Amotekun finally came on Wednesday.

In his first pronouncements on the contentious outfit, Tinubu, in a statement titled The Public Discourse over Amotekun, espoused his thoughts and ideas as well as offered recommendations on how all parties have record a good ending.

Here are major takeaways from the statement, which has since gone viral:

· Amotekun is a welcome development: Many had insinuated Tinubu was not in support of the security initiative because of his studied silence over the matter. But the former Lagos governor put all doubts to rest by declaring a definite support for the concept.

According to him: “As the highest elected official in his state and thus the individual embodiment of the will of the people, a governor must view safety and security as a foremost priority, integral to his mandate.

“To turn a blind eye to these concerns would be a grave dereliction. That the SW Governors seek to work together to complement the extant security architecture is, in principle, a commendable undertaking. In embracing this concept, they have acted in consonance with spirit of their offices for the better interests of their people.”

He recalled how, confronted with huge security challenges as Governor, he formed the Neighbourhood Watch, which acted as an intelligence-gathering outfit that assisted the police in taming crimes and insecurity.

· Amotekun meant to assist police and security agencies:  Tinubu believes the concept of Amotekun is not take over the duties of Police and other security agencies. Rather, he said it is simply to play complementary roles with a view to reducing crimes to the barest minimum.

To him: “Judging from the public statements of the governors, Amotekun is meant to be structured along similar lines.  As I understand it, Amotekun is to be another set of eyes and ears to assist the police.

“As such, it is but the second generation of Neighbourhood Watch expanded to a regional scale. Conceptually, there is nothing wrong with this. It does not appear to insult the constitution.”

· Amotekun should focus on grassroots: While admitting the regional structure of Amotekun will enhance economies of scale in vehicles procurement and security gadgets, Tinubu stated it should be more slanted towards decentralisation.

He opined: “The regional approach may undermine efficiency. There is no compelling logic why the same personnel providing security & informational assistance in Ado-Ekiti should be under the same functional and operational leadership as those providing assistance in Lekki or Akure. This will not lead to optimal performance.”

· Amotekun is not a defence agency: There have been so much hues and cries over the arms-bearing status of Amotekun operators. Tinubu specifically declared the security initiative is not conceived to be a defence agency.

Reacting to the Minister of Justice description of Amotekun as a defence agency, Tinubu said nothing could be farther from the truth. According to him: “The Attorney-General acted hastily in rendering a public statement that was more inaccurate than it should have been.

“Amotekun was never proposed as a “defence” agency; the Attorney-General erred in using this description. The use of uniforms and brightly coloured vehicles may not be the best ideas but they do not render Amotekun a defence agency or paramilitary group any more than a designated school van carrying uniformed students constitutes a paramilitary deployment.”

· It is not a threat to national unity: Critics of the initiative have dismissed it as regional agenda could further fragment the nation in need of cohesion. But Tinubu allayed such fears, saying the concept cannot break Nigeria.

He said: “The fabric of the Republic has not been put at stake by Amotekun. However, that fabric could be torn by the dangerous rhetoric of those who should know better. Those claiming that this limited, inoffensive addition to security threatens the Republic have taken themselves upon a madcap excursion.

“Those claiming that the Federal Government seeks to terribly suppress the Southwest have also lost their compass.

“Those who occupy these two extremes have sunken into the dark recesses of fear and political paranoia that can undo a nation if such sentiments are allowed to gestate.”

· Dialogue the way forward: To clear all grey areas and ensure the concept works for the good of all, Tinubu strongly suggested a roundtable between South West governor and Minister of Justice, Abubakar Malami.

Such dialogue, he said, is the best way to go considering both parties are not completely wrong with their ideas. It will clear all suspicions and well as build confidence that would help the initiative to thrive.

The APC chieftain said: “This matter cannot be resolved on the pages of newspapers or by attributing negative motives to either side.