The Pentecostal Fellowship of Nigeria has reacted to the brutal killing of a CAN chairman who was murdered by Boko Haram. 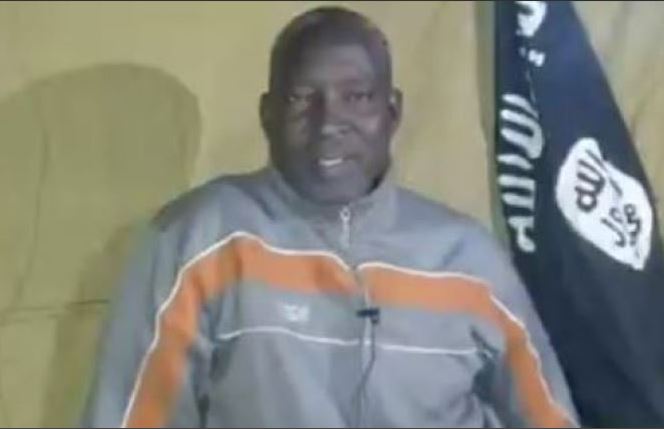 According to The Nation, the Pentecostal Fellowship of Nigeria (PFN) has expressed deep sadness over the murder of the Chairman of the Christian Association of Nigeria (CAN) Michika Local Government, Adamawa state, Pastor Lawal Andimi, by Boko Haram terrorists.

It condemned the killing, which it described as barbaric, expressing worry that the activities of the terrorist groups have assumed frightening dimension.

Andimi was beheaded on Tuesday despite the offer of N50million ransom, which the terrorists refused.

In a statement signed by its National President, Rev (Dr) Felix Omobude, the PFN also commiserated with family of Andimi and the entire CAN members in Adamawa and the nation.

While expressing deep regret over the murder, the PFN called on the federal government to take the security of lives more seriously, warning that it would be wrong to assume the terrorists have been decimated going by how much they have done recently.

It said: “We are shocked that the activities of Boko Haram have, of late, been on the upward swing, in spite of the claims by the Federal Government that the group has been technically defeated.

We are worried that the gains that have been reported appeared to have been rolled back, with increasingly disturbing reports of worsening level of insecurity being constantly received from the North-East about the activities of Boko Haram.

“We call on the Federal Government to take the issue of the security of the citizens more seriously. The government should not be carried away with the assumption that the battle has been won but come up with a strategy, which might include the redeployment of Security chiefs, to bring in fresh ideas and revitalise the operation and find ways to tackle the acts of banditry, kidnapping and other heinous crimes being perpetrated across different parts of the country.”

It also solicited for the support of international community to overcome the terrorists while also asking Christians to continue to pray for divine intervention.