Check Out 10 Of The Oldest Players In Footballing History


This is the list of 10 of the oldest players in footballing history. The oldest man on the list will stun you. 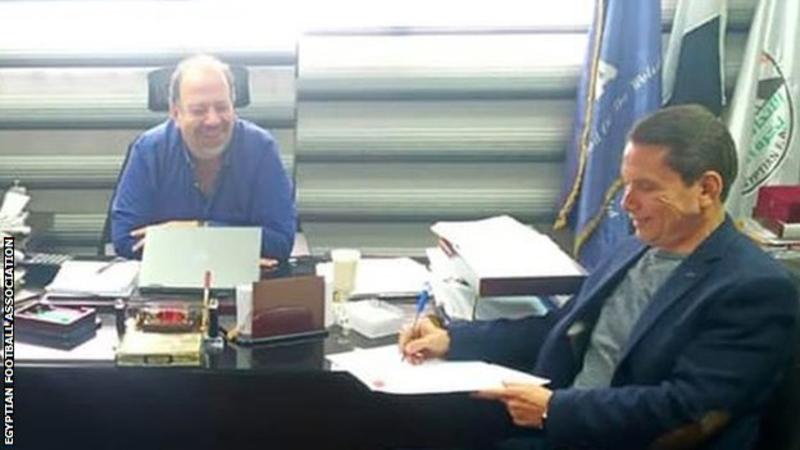 Eez Eldin Bahder has signed to play in the Egyptian third division at the age of 74 (Photo: Egyptian Football Association)

This week the Egyptian FA announced the official registration of what they believe to be the oldest professional footballer in the world.

At the age of 74 Eez Eldin Bahder has signed for third-tier club 6th October, and while no official details were given of the deal, we’re assuming that it wasn’t an Alan Pardew-style eight-year contract.

Apart from making all of us 20-somethings take a serious look at our dwindling levels out fitness, it’s also got us thinking about some of the company Bahder is keeping in terms football’s more mature players.

So put away your Just For Men and bust out your Zimmer frames as we here at 90min take a look at some of the oldest footballers to have ever played the game.

Those who witnessed Roger Milla’s dad dancing after any of his four goals for Cameroon at the 1990 World Cup​ will have found it hard to believe that Roger Milla was only 38 at the time.

Amazingly he returned four years later to feature again for the Indomitable Lions at the age of 42 at USA 94, although rumours quickly began to circulate that he was much older than he said he was.

Marco Ballotta became the oldest player to have ever appeared in the Champions League when he kept goal for Lazio at the spritely age of 43 in 2007.

Aside from being a great goalkeeper, he is infamous for dying what little hair he had left blue in honour of Ie Aquile.

Rivaldo is probably best known for winning the Balon d’Or in 1999 and starring in Brazil’s World Cup win in 2002 at the age of 30. It’s amazing therefore to think that he was still playing as recently as 2015.

The Brazilian had a strange end to his career turning out for clubs in Uzbekistan and Angola, before playing his final game alongside his son Rivaldinho for Mogi Mirim just five years ago.

The keeper started his playing career the year after Diego Maradona’s ‘Hand of God’ (1986) and finished it in the same year that Zayn left One Direction (2015). Both equally devastating events.

The ultimate journeyman John Burridge was last seen playing for Blyth Spartans. With levels of loyalty that would leave even the Giggs family aghast, Budgie played for a whopping 29 clubs in his professional career.

His brief stint as ​Manchester City keeper at the age of 43 in 1995 means that he is still the oldest player to have ever played in the Premier League.

While most people’s eyes would’ve been on ​Mohamed Salah going into the 2018 World Cup for Egypt, real football hipsters would have been paying attention to the Pharos reserve goalkeeper Essam El Hadary.

At 45 years of age, El Hadary became the oldest player in World Cup history in his country’s final group game against Saudi Arabia, and marked the occasion by saving a penalty! He’s still going strong at 47 for Egyptian second division club Nogoom

This one’s kind of a technicality, as Teddy Sheringham never actually appeared for Stevenage despite being registered as a player/manager in 2015 at the age of 49.

He is, however, the oldest player to have scored in Premier League history though, having scored for ​West Ham aged 40 years and 268 days back in 2007.

We can only assume he thought it was a Brazil legends’ game because of the kit, as he was never seen on the pitch for Garforth again.

Stanley Matthews was so good that he became the first player to have ever ​been knighted for his services to football.

He played at the top level until the age of 50 when he finally called it quits. He’s most famously remembered for the ‘Matthews Final’ where he inspired his Blackpool side to come back from 3-1 down and win 4-3 in the FA Cup of 1953.

Still going strong at the age of 52 ‘King Kazu’ is showing no signs of slowing down after renewing his contract with J1 League side ​FC Yokohama just this month.

Amazingly the veteran forward started his career way back in 1982, played at the 1990 Asian games, retired from international football in 2000, officially surpassed Stan Matthews oldest pro record in 2017.

That same year, at the age of 50 and 14 days, he also became the oldest player in history to have scored a professional goal. Of course, he served up his famous Kazu Feint to celebrate.