The Senator reminisced on the imbroglio which tore the party apart during its state Congresses and national convention. 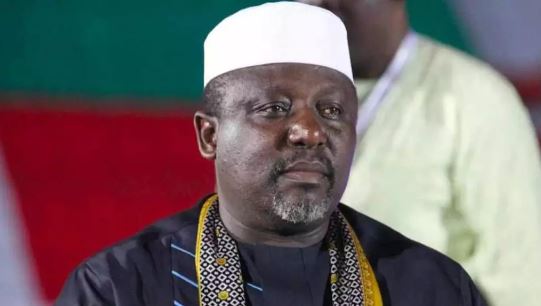 Former governor of Imo state and Senator representing Imo West at the National Assembly, Owelle Rochas Okorocha has appealed to the Hope Uzodinma-led government of Imo state to put the past behind and fully integrate him in the new government, insisting that APC in the state is now a large family.

Senator Okorocha made this passionate appeal while addressing the people of Okigwe North recently at Anara central School Field during a mega rally organized for the APC Candidate for the federal constituency’s rerun, Miriam Onuoha coming up on Saturday.

The Senator reminisced on the imbroglio which tore the party apart during its state Congresses and national convention.

It would be recalled that Owelle Rochas Okorocha in his quest to install his son-in-law, Uche Nwosu as his successor, had moved for the removal of the then state chairman of APC in Imo, Hillary Ekeh and rooted for Uche Nwosu’s loyalist, Dan Nwafor.

The crisis later led to the division of the party into two factions viz, Hillary Ekeh-led, later Mercinus Nlemigbo executive and Dan Nwafor’s.

This drama did not come without traces of insults, campaign of calumny, character assassination, war of words, name-calling etc from both factions.

In his appeal, Owelle Okorocha noted that the party has not fully resolved the problem as that may continue to brew cold war between the governor and his (Okorocha’s) boys.

He asked that the APC under the authentic chairmanship of Prince Mercilinus Nlemigbo run an open door government that will incorporate his numerous boys.

According to him, “APC is now a very large family. Although, we know that we still have some areas we need to mend fences, what is important is that APC family has won an election.”

He added that everything will be taken care of in the course of time, calling on members to rally full support for the new governor.