He described the call for a break up as a selfish call, adding that Nigeria is not the way it is because of the union between the North and South. 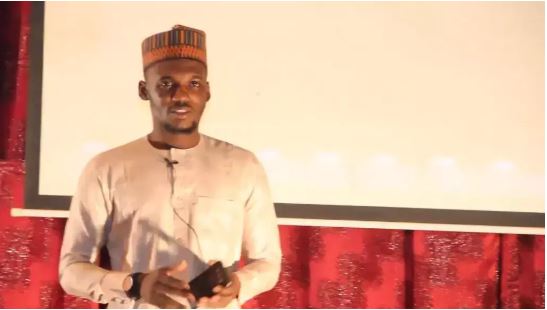 The grandson of the Second Republic President Shehu Shagari, Bello Shagari, has warned Nigerians calling for the breakup of the country.

Bello on Friday said anyone calling for Nigeria’s breakup is unfair to the people who lost their lives during the civil war that lasted from July 6th, 1967 to January 15th, 1970.

He described the call for a break up as a selfish call, adding that Nigeria is not the way it is because of the union between the North and South.

Shagari on his verified Twitter page wrote: “Anyone who is calling for break up in Nigeria is unjust to those whose lives were lost in the civil war-those who fought in it, those who collectively fought against imperialism-those who have intermarried across Nigeria and settled in other areas. It is a selfish call!

“If you claim Nigeria is not working because of our union; then you are one of the causes for believing it, living it, and even advocating it. Do you think if we are to separate, it will just happen like that? How does Sudan look like? Stronger or weaker?

“Even Germany that was once separated – reunited because separation makes you weaker to supports imperialist ideas; divide & conquer.

“Wake up Africans. North/South doesn’t mean anything to the Imperialist and the exploiters of our resources. We are the same before them.

“We need to start seeing the bigger picture and stop being myopic for mere sentimental and political scores.

“Yes, we have a bad system and so on, but we can’t keep blaming ourselves simply because we want to fault someone. We have good people and criminals on both sides. No apologies!

“The truth is that there is an existing suspicion among us which makes us always try to cheat one another because we believe that if we don’t do it first, we would be cheated. It’s a Nigerian attitude which only the younger generations can change instead of inheriting it. Get it!

“It’ll be very ignorant to think that I want the unity of Nigeria because I’m a Northerner. I mean, if you think the North is holding the south against its will, then it is even more degrading to the South. Meaning, the North has enslaved (Master) the South.”

Lately, there have been controversies surrounding the security outfit established by South West governors ‘Operation Amotekun’ after the Attorney-General of the Federation and Minister of Justice, Abubakar Malami declared the outfit illegal.

But, the federal government and the Southwest governors on Thursday, agreed to set up a legal framework to legalise the establishment of a regional security outfit, operation Amotekun.