Oh No! Footballer Dies After Being Brutally Assaulted Just Hours Before Match


A footballer has tragically passed away after he got assaulted just hours away from a football match. 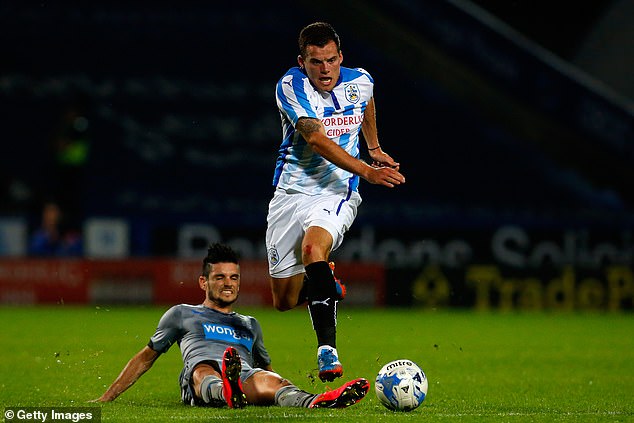 A non-league footballer died tonight following an assault in which he sustained a suspected fractured skull, as police launch a murder investigation.

Jordan Sinnott, 25, who played for Matlock Town FC, was found unconscious following a disturbance in Retford, Nottinghamshire, in the early hours of Saturday morning.

His parent club, Alfreton Town, said that  Sinnott - affectionately known as Sinbad - passed away just before 7pm, surrounded by his friends and family.

Alfreton Town FC said in a statement: 'We are saddened and heartbroken to report that Jordan Sinnott has passed away just before 7pm this evening.

'His family and friends were with him at his bedside and we send our sincere condolences to them all at this very sad time.

'Jordan was a model footballer and an exceptional talent during his time at the Impact Arena and had a close affinity with both the manager, assistant and the players he took the field with.

'The club would ask for privacy to be respected to all at the Reds and to Jordan's family and friends during this delicate time. Rest easy Sinbad, we will never forget you.'

Nottinghamshire Police said a murder investigation has now been launched.

The police initially responded to reports of up to eight men and women being involved in a disturbance in the Dominie Cross pub car park in Grove Street shortly after 11.25pm on Friday.

They were later called to assist ambulance crews attempting to treat Mr Sinnott after he was discovered unconscious with a suspected fractured skull following a subsequent incident at around 2am in Market Place.

Mr Sinnott, from Derbyshire, joined the club from Alfreton Town, who called off their fixture on Saturday following the incident.

Officers said a 27-year-old man who was arrested on suspicion of causing grievous bodily harm shortly after the incident remains in custody.

Detective Inspector Justine Wilson issued a fresh plea for anyone with any information about the two 'large-scale disturbances' in the town centre to contact police.

She said: 'Mr Sinnott's death is a sad and significant development in this investigation.

'Our thoughts remain with Mr Sinnott's friends and family, who our specialist officers are continuing to support at this incredibly difficult time.

'Our investigative team's focus will remain on identifying those responsible and bringing them to justice and, while we have made one arrest at an early stage of our inquiries, we are appealing to anyone who was in Retford town centre late last night and in the early hours of this morning to come forward.

'This incident happened at a very busy time and we believe there are still a number of witnesses who have still not yet come forward who may hold vital information about how a young man came to lose his life so tragically.'

Matlock Town had earlier tweeted that their Saturday away game against Mickleover Sports had been postponed due to 'tragic and unforeseen circumstances'.

Alfreton Town club asked for their privacy to be respected and repeated calls by Nottinghamshire Police for any witnesses or members of the public with information to call 101, quoting incident number 78 of January 25 2020.

A statement released by Matlock Town FC said: 'We are very sorry to report that Jordan Sinnott has passed away just before 7pm this evening.

'His family and friends were with him at his bedside and we send our sincere condolences to them all at this very sad time.

'The news that his condition was very serious and he was on a life support machine was received as players arrived for the game at Mickleover and after discussion with the players, league and Mickleover it was agreed that the match should be postponed to a future date.'

Sinnott, a midfielder and the son of former Huddersfield captain Lee Sinnott, was on loan to Matlock Town FC from Alfreton Town FC since August 2019.

Sinnott played for Chesterfield until 2018 when he moved to Alfreton.