A medical expert has made the startling revelation that the deadly Lassa fever can be s*xually transmitted. 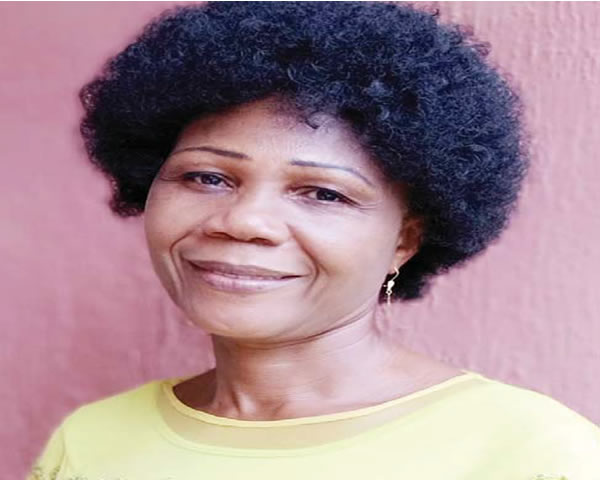 Dr Nnenna Ajayi is a consultant physician and gastroenterologist in Internal Medicine at the Alex Ekwueme Federal University Teaching Hospital, Abakaliki, Ebonyi State. The head of clinical services at the virology centre and Chairman of Lassa fever committee in the hospital talks to ALEXANDER OKERE about the recent cases of Lassa fever in some states in the country

Lassa fever has been a recurring health challenge in Nigeria. What should Nigerians know about it?

It is an infection caused by a virus, the Lassa virus, and it manifests with fever, body pain, a general feeling of being unwell. It is endemic to West Africa. And in West Africa, some countries are affected more than others. Nigeria is one of the major countries affected. Other countries affected include Liberia and Sierra Leone, Guinea. There are other West African countries but the ones mentioned are the main areas affected. In Nigeria, some states are notable for Lassa fever infection. They include Edo, Ondo and Ebonyi states.

Why are these states notable for Lassa fever infection?

It is difficult to say. But we know there are several things that affect the distribution of diseases. The Lassa virus is transmitted from animal to man and the multi-mammate rat is the reservoir of the virus. So, it means that rat has to be in that environment before the virus would be available to be transmitted to people. Apart from the states that are remarkably affected by Lassa fever, the infection has involved almost every state in Nigeria. Cases have been reported in Benue, Kano, Bauchi and Plateau states.

Of course, the virus was named after a village (Lassa, in Borno State) in North-East, Nigeria. That was the first place it came to the limelight. But it occurs everywhere now.

What are the common ways though which infection can occur?

First, the virus has to move from the animal reservoir to man and it can also spread from person to person. From the animal reservoir, it is when man comes in contact with the blood or other body fluid (blood and respiratory secretions) of the multi-mammate rat that infection can occur. This can also occur during the hunting of the rat, while preparing the rat as a meal or when the rat invades human abode and contaminates food. Sometimes, in some houses, doors may not be properly closed; there may be holes on the walls, through which the rat can gain access. If food is not properly covered, the rats can eat the food and, in the process, deposit some of their infected secretion on the food. When people eat such food, which is already contaminated, the virus enters their body. When the virus enters the human population, people who come in contact with the body fluid (blood, fluid from the nose or saliva from the mouth) of an infected person can be infected.

Can Lassa fever be transmitted sexually?

What other ways can infection occur?

When we talk about contaminated food, it is something people can innocently eat in a roadside setting. Sometimes, we find the disease common among travellers. Sometimes, people come back from a journey, fall ill and begin to manifest the symptoms. So, the virus can be acquired at home, in a public place or in hospital.

What are the other symptoms?

Lassa fever can cause sore throat and redness of the eyes. It can also cause altered sensorium, bleeding from body orifices and it is actually an illness that can affect every system of the body. It can manifest in a lot of things, including diarrhoea and vomiting.

There have been a recent surge of cases of Lassa fever infection, with deaths recorded in some states. What could be responsible for that?

We have been having yearly epidemics for some time now. Initially, the epidemics were cyclical. In Ebonyi, the epidemic used to occur every three years. But from 2012, it became a yearly event and has progressed to becoming present almost all year round. So, in almost every month of the year, there is a patient with Lassa fever. The only difference is in the degree. It is known that Lassa fever is more common in the dry season and late rainy season. We are in the dry season and that is why we are having more people infected. But for some years, it has been an annual matter with peaks.

Are there certain practices that increase the risk of contracting the Lassa virus in the dry season?

Yes. When there is a seasonal change in the occurrence of a disease, it might be due to the behaviour of human beings or due to the changes in the dynamics of the virus or vector. So we know that during the dry season, there is an increase in farming activities. People are harvesting and planting. These increase the man-rat contact in the farm. It is the same in the rainy season when people go to the farms to weed and harvest some types of crops. It could also have to do with the behaviour of the virus. As people burn bushes, the rat would seek shelter elsewhere and, sometimes, that shelter is in people’s homes where they bring in the virus.

With the recent concerns about the disease, what can Nigerians do to prevent the spread of the virus?

It is important for people to realise that Lassa fever is an infectious disease that is transmittable. If they know that, they will realise that there is something they can do to avoid getting infected. Now, we know that the virus is transmitted by the multi-mammate rat. So, people should avoid hunting rats for meat because if they avoid handling the rats, they are not likely to get exposed to the virus. People also need to attend to their homes by making sure that doors are properly locked and there are no holes in the wall through which the rats can come in when people are not suspecting.

Food should be stored in rodent-proof containers so that even if the rats enter the home, they won’t be able to access the food. Sometimes, people dry their food on roads in open places and this gives rats access to food. Such practices should be discouraged. Appropriate disposal of refuse is important because we also know that rats like going around refuse dumps looking for leftovers. When people dump refuse anyhow, especially near their homes, they attract rats to their environment and the tendency of those rats to move from refuse dumps to homes will increase. Personal hygiene is important. People should wash their hands regularly and prepare their own food as much as possible. If they have to eat out, it should be in places where they are sure that the hygiene practices are optimal. When people are sick, they should seek immediate medical attention. Sometimes, when people are involved in self-medication, they may not present (themselves in hospitals) early and this reduces the chance of the person being successfully treated. It also exposes the caregivers to the virus.

Medical personnel are believed to be at risk of getting infected and some deaths have been reported. What precautions can they take?

In hospitals, it is important to make sure that precautions for the prevention of infectious diseases are adhered to. These include regular handwashing, appropriate use of gloves and other things. Continuous education is very important. When we talk about the symptoms of Lassa fever, they present like many common infections in the environment. So, it is just to have a high risk of suspicion and treat every patient as a possible Lassa fever case. This brings me to the point that there is no state that is exempt from the disease. Everybody everywhere should be careful as we may never know what the patient before us has.

How can the government at the state and federal levels assist in the prevention and treatment of Lassa fever?

The authorities have to help the hospital workers by providing all that is necessary to practise appropriate infection prevention and control. When medical workers have patients before them, sometimes, the urge to save lives may override personal safety. So, we still have to keep reminding ourselves and, hopefully, we won’t record death of medical personnel while handling Lassa fever patients again.