Twin suicide bombers forced their way into a mosque killing one and leaving others injured. 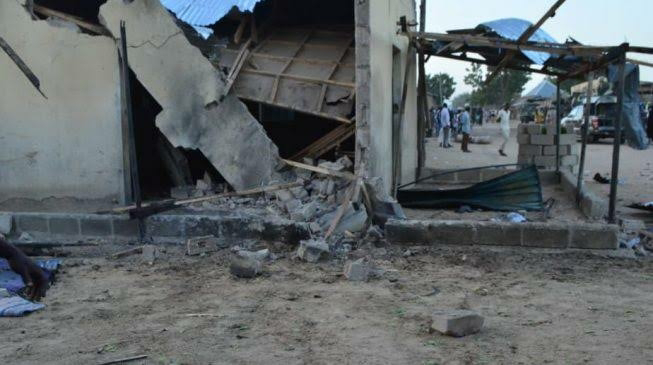 Twin suicide bombers linked to the Boko Haram sect have attacked a mosque in Gwoza, Borno state, on Sunday, killing a 12-year-old child and leaving many people injured.

A security source, who disclosed this to TheCable, said the suicide bombers forced their way into the mosque while prayer was ongoing.

The source said before some persons in the neighbourhood raised the alarm, the attackers had already gained entry into the mosque.

The incident happened at Guduf Nagadiyo in Bulabaulin, Gwoza. Soldiers from 192 battalion of the Nigerian Army later cordoned off the mosque.

A resident said the suicide bombers might have infiltrated the town during a wedding which held at the palace of the emir of Gwoza on Saturday.

Borno has been the worst hit in the resurgence of Boko Haram attacks in the north-east.

Is President Buhari Really Sick And Coughing? Check Out What The FG Has To Say
Popular Stories