And upon circulation of the videos, some of those involved could no longer stay in their communities due to stigma and other fears. 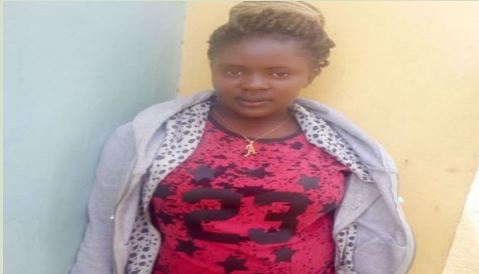 Daily Trust reports that videos involved different girls and women being filmed by a cameraman and a producer/director who initially interviewed them, before stripping them naked and having s*x with them on camera.

And upon circulation of the videos, some of those involved could no longer stay in their communities due to stigma and other fears.

Among the recent happenings on the p*rnographic videos is the ordeal of one Amanda Mary Abel, 23, who lives in Utan area of Jos North local government.

Amanda told a DailyTrust correspondent that rumours have been making the rounds in their community and beyond that she was one of the girls in the video, thereby leading to hostile behaviours towards her, endless gossip about her and backbiting.

She said she did not earlier understand what was going on until her paternal aunties and her grandmother called her to a meeting to rain insults on her for involving herself in a pornographic film.

She said her people stumbled on a still picture of the p*rnography which showed the side face of the girl whom she was accused of resembling, and that all her pleas that she wasn’t the one was discarded and thereafter everyone became hostile to her.

The hostility, Amanda said, extended to the community and the church, explaining that two Sundays ago a woman praying in church about the p*rnographic incident was indirectly mentioning her in the prayers.

According to her, she could not take it any longer and almost stabbed herself recently since no one wanted to believe her.

However, her ex-boyfriend came to her aid and assisted her to source for the video of the actual pornography at the cost of N8,500 from some boys who are already marketing them since they were highly sought after, but have become scarce.

“I want the whole world to know that I was not involved in any p*rnographic film and the person I was being mistaken for me is not me. My name is Amanda Mary Abel, I live in Utan are of Jos North local government and I have a salon. I am Irigwe by tribe from Miango in Bassa Local Government Area. People should please disregard the rumours making the rounds that one of the girls seen in the pornographic picture/video is me. We may look alike from the side but it is not me. A frontal view of the girl and myself clearly shows our differences, however.

“I have already gotten the video and pictures of the girl they are mistaking me for and I have screenshot both of us side by side. The video is 73 megabits and 23 minutes. Anyone who wants to confirm should contact me and I will send both our both, so that the person can see our differences. Many people have tried to pacify me that I should not bother myself since I am not the one, but it doesn’t work that way, and such accusation is not easy to bear.

“In fact, I think mine is even worse than that of the girls who perpetrated the act because theirs is not wrong accusation since they actually did it. But mine is a wrong accusation and it is more painful. Anyone who has been wrongly acussed before of something grievous will know what I am talking about.

That is why I can’t keep quiet, and so it is imperative to clear the air and I want my face shown so that I can be distinguished from any other person. It is not that I am better than the girls who found themselves in this situation. But I am trying to clarify the accusation in order to avoid miscalculation from any quarter,” she said.