Football club, AC Milan have paid a tribute to basketball legend, Kobe Bryant who passed away in a helicopter crash. 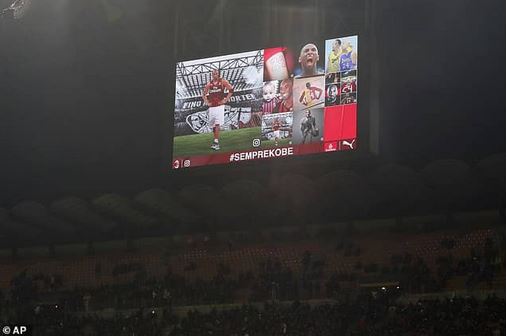 AC Milan paid an incredibly emotional tribute to Kobe Bryant with a spectacular light display and applause before and during Tuesday's Coppa Italia clash with Torino at the San Siro.

Bryant, who grew up in Italy between the age of 6 and 13, was a devout Milan supporter - with Marco van Basten being his idol.

The 18-time NBA All-Star with the Los Angeles Lakers died on Sunday with his 13-year-old daughter, Gianna, in a helicopter crash near Calabasas, California. 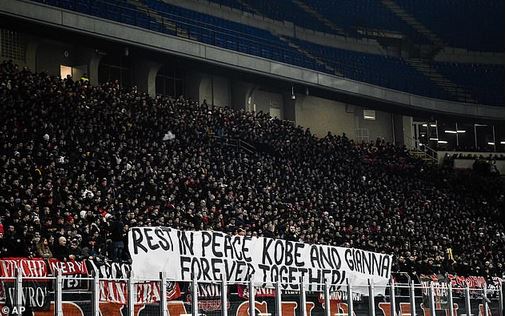 As Milan and Torino warmed up before Tuesday's game, the words 'Legends Never Die' and 'SempreKobe' - a play on the 'SempreMilan,' or 'AlwaysMilan,' hashtag often used by the club - were displayed on the advertising boards around the San Siro while images of Bryant were shown on the giant screen.

Shortly before the teams walked out for kick-off, the stadium darkened and the public announcer paid tribute to Bryant while fans applauded and held up phone lights. The song 'Who wants to live forever' by Queen was then played.

Several supporters also wore Lakers jerseys with Bryant's name on the back. 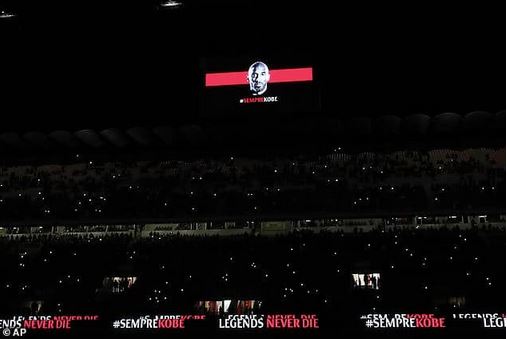 Both teams also wore black armbands. In the 24th minute, fans around the stadium stood to applaud in tribute to Bryant, who wore No 24.

Fans also displayed a banner which read 'Rest in peace Kobe and Gianna forever together.'

Earlier in the day, Milan tweeted an interview with Bryant when he visited the club's training facility a few years ago.

'Watching (Ruud) Gullit, (Frank) Rijkaard, (Marco) Van Basten and (Paolo) Maldini was always a dream for me,' Bryant said in Italian, wearing a Milan shirt. 'It's always been my favorite squad. Back in Los Angeles I have an AC Milan shirt and scarf inside my locker and I see them every day.' 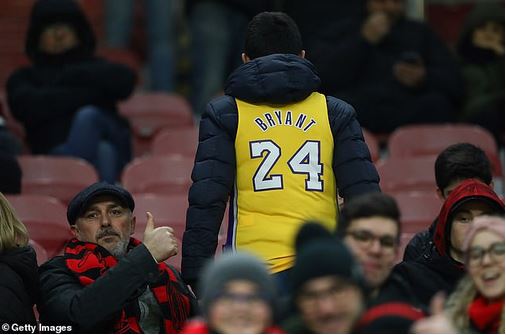 Torino tweeted that they would 'emotionally' stand by Milan's side during the tribute 'in memory of this sports legend.'
Milan came out 4-2 winners on Tuesday in the Coppa Italia encounter but they had to do it the hard way.

Giacomo Bonaventura gave the hosts the lead but Gleison Bremer scored either side of half-time to turn the game on its head.

AC were on the brink of exit but in the first minute of injury-time, Hakan Calhanoglu stepped up to equalise to take the game into extra-time.

Calhanoglu then scored again before Zlatan Ibrahimovic wrapped up the victory just two minutes later at the San Siro.