Umahi did not give the name of the new outfit but said that governors from the zone had already written to the Federal Government on the joint security taskforce. 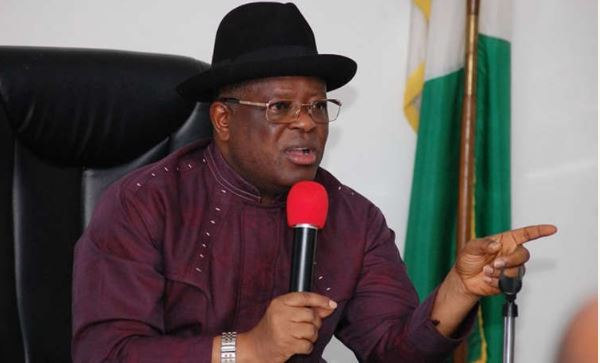 A joint security outfit for the South East region is being fine-tuned for optimal operation and would soon be unveiled.

He announced that the security outfit was formed to protect their people from the menace of Fulani herdsmen and ensure adequate security of lives and property of the people.

He did not give the name of the new outfit but said that governors from the zone had already written to the Federal Government on the joint security taskforce.

They also indicated that there would be aerial surveillance of forests in the region, saying: “We agreed that joint air operations to flush out bandits from all forests in South East are to be a continuous one.”

Umahi told the GOC that “every region has their own peculiarities and we had formed our own joint security taskforce and we have written to federal government and we are putting things together because we had a joint meeting with all the service chiefs and the GOC. So, we discussed and agreed on what we need to do to continue to give safety to our people in south east.

“No one will say that he will not be part of the joint security because when people are kidnapped for example in Anambra state, they could be found in Ebonyi. So, we need that synergy to work together to give protection to everybody and here in Ebonyi; we’re among the first in the federation to start our law on internal security and that is the neighbourhood watch and they have fantastically done very well.”