As many as twenty-three persons who were reportedly murdered by herdsmen have been given mass burial in Plateau state. 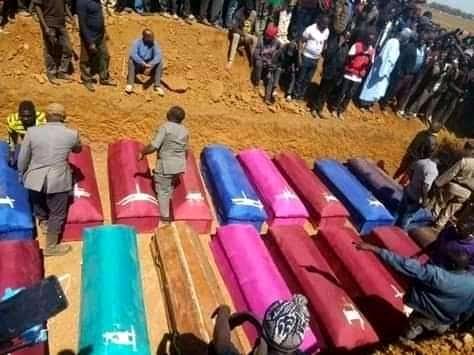 The scene of the burial

Women, children and the aged mourned as they watched their loved ones being laid into the mass grave at about 2 pm.

Dressed in black, sympathizers, made up of women, children, young people and the aged, had gathered at Luna Mortuary in Bokkos town at about 6:30 am to bid farewell to their loved ones.

Shops owners, Daily Sun learnt, had unanimously resolved to close down their businesses for the day, with some schools following suit in solidarity over the gruesome attacks which killed many of their townsfolk.

A community youth leader, John Akans, who was at the burial told Daily Sun that 23 corpses were laid into the mass grave.

“The mass burial has been conducted and 23 corpses were buried; women, youths and children who put on black clothes all gathered; Bokkos community was in a mourning mood,” John said.

Those buried were 13 people attacked and killed on Sunday night in Kwattas. Two had died on Monday and 8 others were killed in different parts of Bokkos together with those who died as a result of fatal injuries at the state hospital. 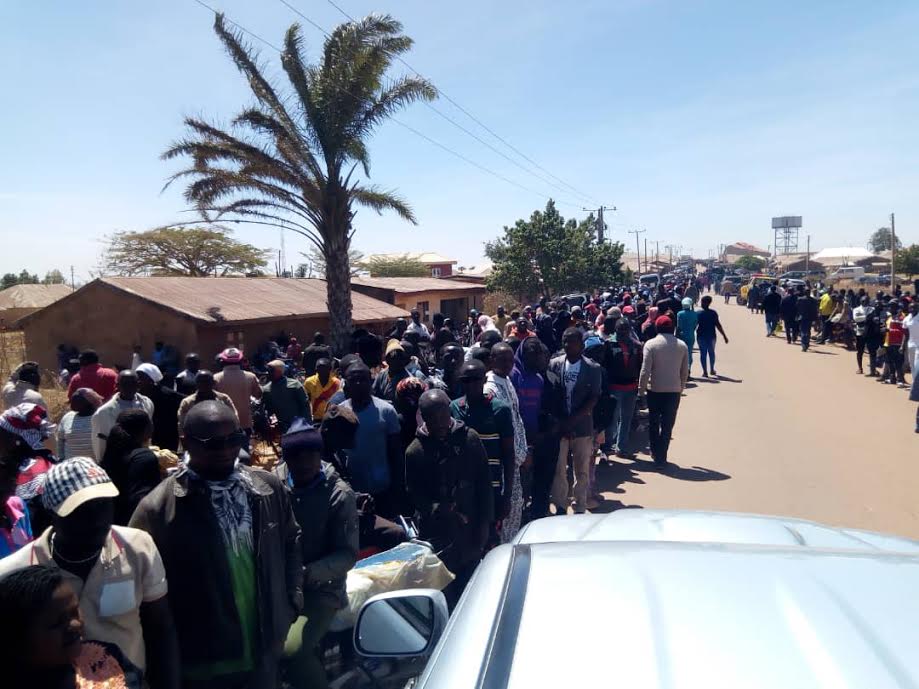 Meanwhile, the Plateau State Police Command has transferred to Abuja Fulani and community leaders from Bokkos, Mangu, Barkin-Ladi and Riyom local government areas – the epicentre of the mass killing of innocent residents.

Police Commissioner Isaac Akinmoyede, who carried out the arrest action, was acting on the instruction of Governor Simon Lalong, who ordered him to arrest all Fulani Ardos and community leaders from the affected areas until those responsible for the killings are found.

“It is true that both Fulani Ardos and community leaders from both sides have been transferred to Abuja for further investigation,” he said.

The Plateau State Government, to address the lingering security crisis, has also approved a bill to prohibit the forceful grabbing of lands and landed property by armed persons in the state.

The Attorney-General and Commissioner for Justice, Barrister Chris Ahmadu, and his counterpart, Commissioner for Information and Communication Hon Dan Manjang,  disclosed this at a press briefing after the State Executive Council meeting presided by Governor Simon Lalong at Government House, Jos, the state capital.

“What the law said is to arrest this trend where armed people invade a land, claim ownership and forcefully occupy it.

“The bill prescribes very stringent penalties. Any armed people that invade a community, the penalty is death. The mere fact that you can successfully displace the community is not the end of the story.

“[With] the coming into effect of the bill as law, you have three months to vacate. All lands within the state that have been forcefully occupied by armed men will be vacated within three months, failing which [it] will become an offence,” he explained. 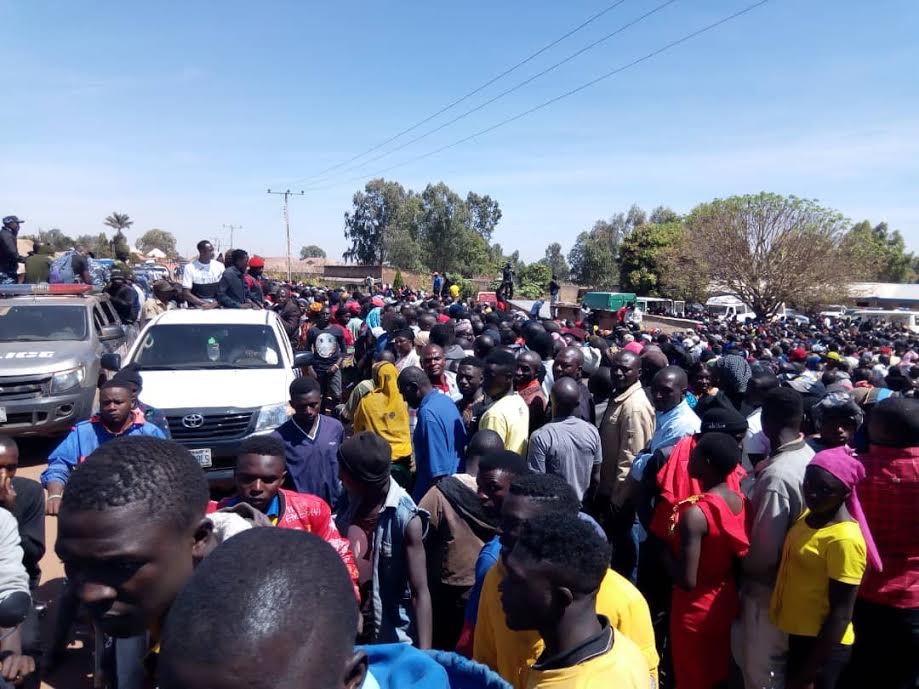 The Attorney-General said that the forceful occupants would first be advised to vacate such seized lands and that should they refused to comply, they would be compelled to do so appropriately.

He added that cultism had become a serious issue in the state and there was an absence of suitable laws to punish offenders.

According to him, the new law passed seeks to punish mere membership in a cult group or gang, to identify the groups operating in the state and to declare such organisations as an unlawful.

“Mere membership with attract imprisonment of seven years without an option of fine. Similarly, kidnapping is one serious vice that the state is grappling with.

“The punishment for the existing law against kidnapping was very mild. But with the new law, if you kidnap somebody and you are caught and convicted you will be sentenced to death.

“We feel such severe punishment is very necessary to serve as a deterrent to those who indulge in such vices,” he stated.

He announced that the bills as approved by the State Executive Council would be forwarded to the House of Assembly for passage.