According to Former Nigerian presidential aspirant, being a wife is more principal than being a CBN governor. 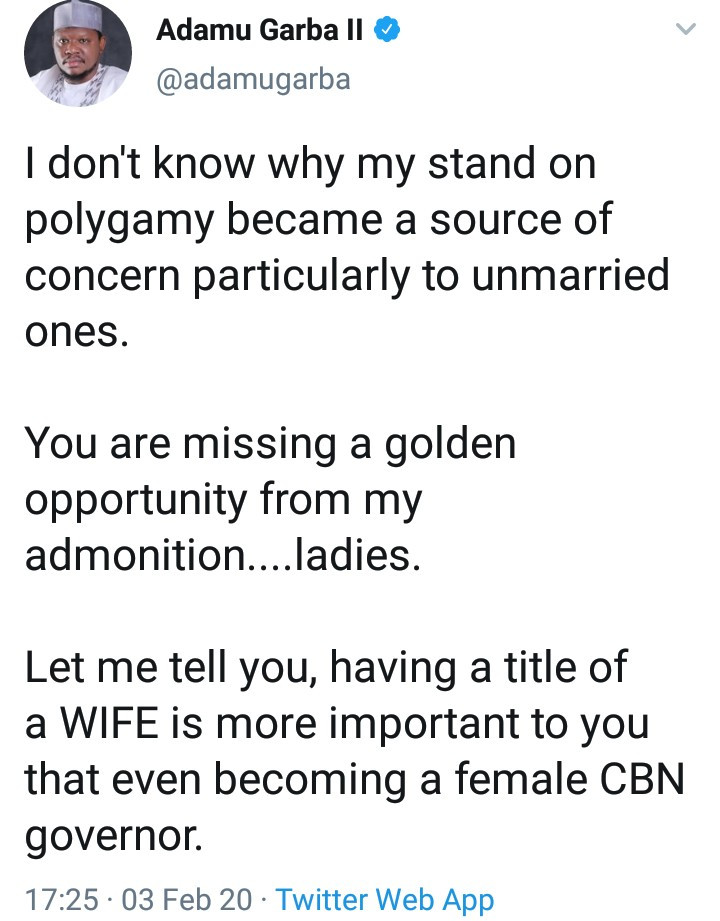 Adamu Garba, a former Nigerian presidential aspirant, has said that for a woman, it's "more important" to be a wife than to be a female CBN governor.

Garba said days ago that he's a proud polygamist and he's looking to add more wives to the two he has already.

His statement earned him criticisms but he refused to back down. He then went on to inform women that it's a greater achievement to be a wife than to become a female CBN governor.

I don't know why my stand on polygamy became a source of concern particularly to unmarried ones.

You are missing a golden opportunity from my admonition....ladies.

Let me tell you, having a title of a WIFE is more important to you that even becoming a female CBN governor. 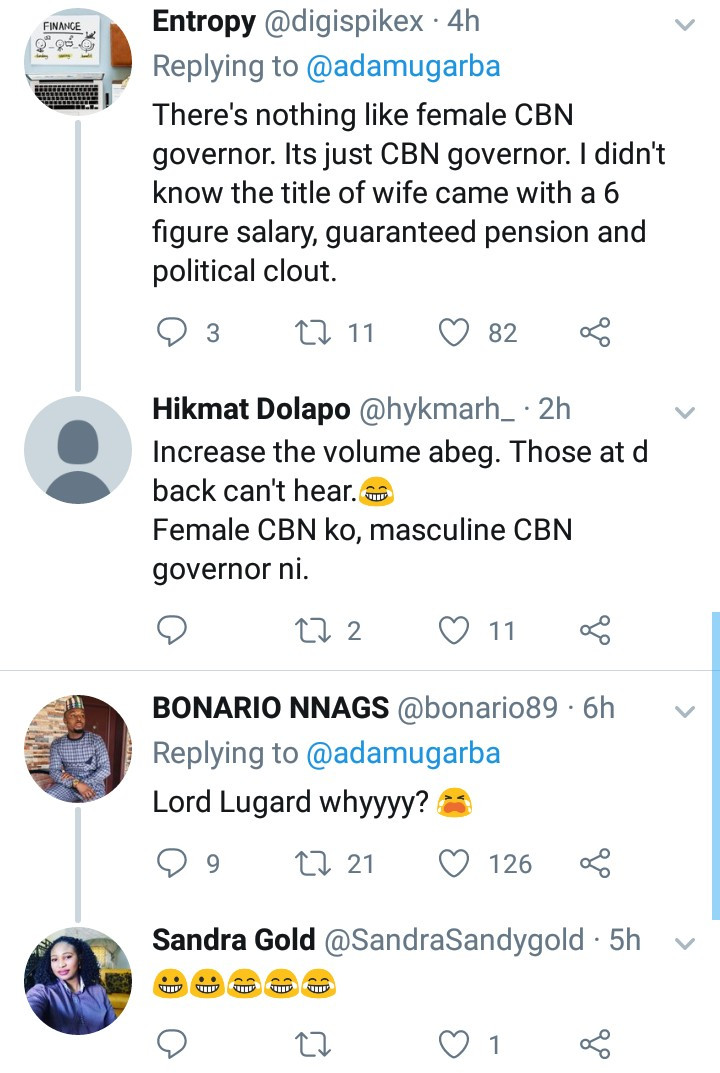