At least one person was confirmed killed and 20 others abducted after bandits stormed villages in Niger state. 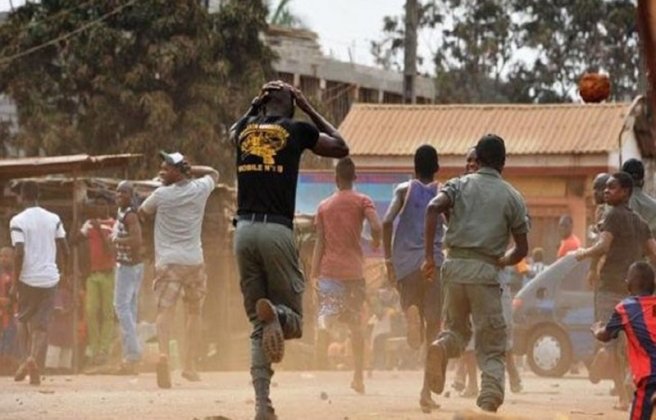 People fleeing for their lives (File photo)
One person has been confirmed killed, three others are seriously injured, while 20 people have been kidnapped in a bandit raid on some communities in Borgu Local Government area of Niger State, according to a report by ThisDay.
It was also gathered that the Imam of the emir’s palace mosque simply called Malam Habibu was among those kidnapped.
It was the first of such invasion in the area since insurgency commenced across the state.
A competent source told THISDAY that the incident occurred at about 5.30pm on Saturday.
The bandits, who were said to be many, rode on motorcycles and carried sophisticated guns, cutlasses and knives.
“They blocked the road from Ibbi to New Bussa and attacked the villagers going and coming from the markets in both communities,” an eyewitness told THISDAY.
The bandits shot sporadically killing one person and kidnapped 20 others. In the stampede that followed, three people were injured.
The eyewitness, who confided in THISDAY, added that: “We did not know that the Imam was among those kidnapped until on Sunday morning when they (kidnappers) called the Emir and asked for the payment of N20 million for the release of the Imam.”
It was gathered that the bandits could have raided the areas from the National Park forests at Wawa.
It was also learnt that about 14 of the bandits rode through the New Bussa town on Sunday but did not kidnap anyone.
The Emir, Alhaji Mohammed Haliru Dsntoro, on Monday summoned an emergency security meeting with all security chiefs in the area on how to secure the release of those kidnapped with a similar meeting slated for Tuesday with all district and village heads.
As at Monday, the area is said to be quiet and peaceful.
The police is yet to confirm the incident.
Top Stories