Former President Who Ruled Kenya For 24 Years Dies At 95 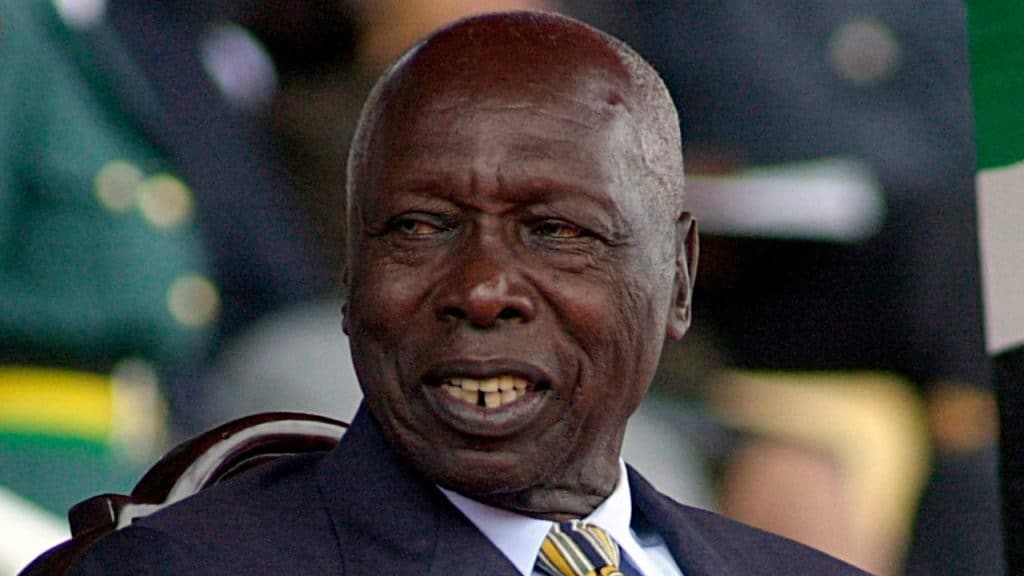 Former President Of Kenya, Daniel Arap Moi
Former President of Kenya, Daniel Arap Moi has been confirmed dead.
He died at the age of 95 at Nairobi Hospital in the early hours of February 4, 2020.
Moi stepped down in 2002 as the president after being constitutionally barred from running for a further term
During his reign, the authoritarian ruler held on to power for 24 years.
President Uhuru Kenyatta in a statement confirmed Moi’s death
“It is with profound sadness and sorrow that I announce the passing of a Great African Statesman, the Second President of the Republic of Kenya, H.E. Daniel Toroitich Arap Moi.
“His Excellency the Former President passed on at the Nairobi Hospital on the early morning of this 4th February, 2020, in the presence of his family, ” the statement read.
Moi served as home affairs minister from 1964 – 1967. He later became the country’s vice-president from 1967 to 1978, and succeeded President Mzee Jomo Kenyatta following the latter’s death.
Top Stories