Runaway contractors have been given the ultimatum by the state governor to return to work or face the music. 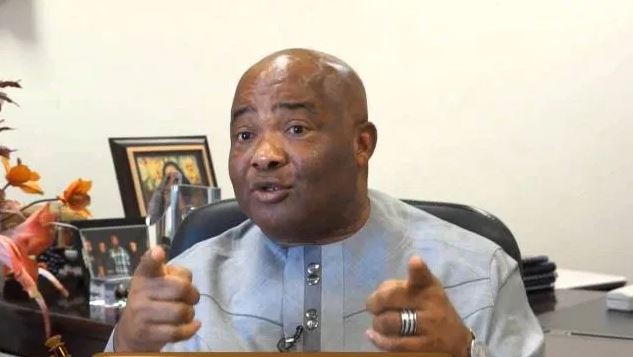 Hope Uzodinma
Imo state governor, Hope Uzodinma on Wednesday ordered contractors handling some of the roads in the state who abandoned their work to return back to site in the next 72 hours.
Speaking in Owerri, through his Chief Press Secretary, Oguwike Nwachukwu, he said that the road contractors have “absconded” from the site at the peak of the dry season.
It stated: “Contractors handling road projects in Imo State have been ordered back to site within 72 hours or have their contracts terminated.
“Governor Uzodinma frowned at a situation where contractors who had collected mobilization fees from Government abandoned projects.
“This action is unjustifiable and totally unacceptable to the State Government. Dry seasons usually mark the peak of road construction works.
“Regrettably, the affected contractors have absconded from site in the peak of the dry season even after collecting mobilization fees from Government.
“It will be recalled that Governor Uzodinma has at every opportunity emphasized that his ‘3R’ mantra of Reconstruction, Rehabilitation and Recovery must be fully implemented for the overall benefit of Imo people.”
Top Stories