Men of the Independent Corrupt Practices and Other Related Offences Commission have detained PEF boss. 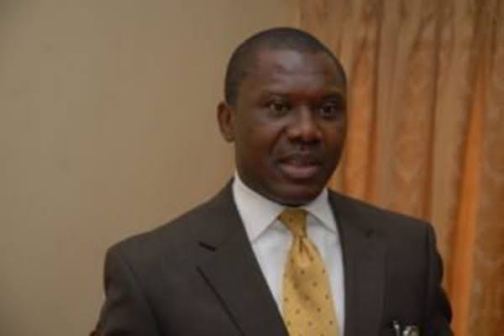 This was revealed by the spokesperson of the commission, Mrs Rasheedat Okoduwa.

She said he was arrested on Monday.

She said the arrest followed Nnadi’s refusal to honour the several invitations sent to him by the ICPC over allegations of running private business against the civil service rules and regulations.
The commission was said to be investigating a hotel in Owerri, Imo state capital, which was allegedly owned by Nnadi, against the provisions of the public service rules.
The rules which guide the conduct of public officers in the country state that while these officers are not prohibited from holding shares in both public and private companies, “they must not be directors in private companies”.
However, documents discovered in the course of investigation showed that the hotel was said to have been established in 2015 and its bank account linked to Nnadi’s Bank Verification Number (BVN).
Nnadi was subsequently arrested by the Special Presidential Investigation Panel (SPIP) for the Recovery of Public Property on allegations of corrupt enrichment, living beyond his legitimate earnings and abuse of office.
The Economic and Financial Crimes Commission (EFCC) later got involved in the case and filed charges bordering on conspiracy, bribery and money laundering against the accused at the Federal High Court in Abuja.
However, the court in December granted the EFCC’s application for a final forfeiture of six properties owned by the PEF GM in Abuja.
Top Stories