Two top directors of the Lagos State government secretly dating have engaged in a public fight over an N45m property. 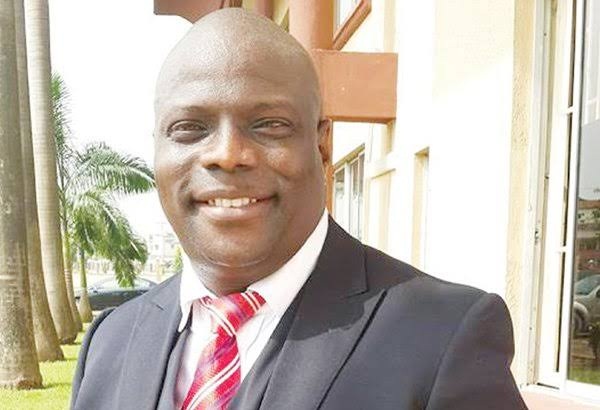 Director-General of the Lagos State Emergency Management Agency, LASEMA, Olufemi Oke-Osanyitolu
Two Directors of Lagos State government, who were secret lovers, have thrown decency to the wind and engaged in public fight over an N45m property reportedly jointly bought during the love tango.
P.M.EXPRESS reports that the relationship has broken up and the estranged lovers are now fighting it out in a Lagos Court over the ownership of the property located at Baba Yusuf in Alausa area of Ikeja, Lagos.
The two gladiators are the Director-General of the Lagos State Emergency Management Agency, LASEMA, Olufemi Oke-Osanyitolu and Ms Olaide Ibraheem, who is a Director, Admin and Human Resources in the Lagos State Office of Civic Engagement.
The lovers, who had a sizzling affair while they were still workers of the Lagos State Government, have ended up at the Court over the property as both claim ownership.
P.M.EXPRESS confirmed that Dr. Oke-Osanyitolu dragged Olaide Ibraheem, to Court over the ownership of the plum property located at No. 1, Baba Yusuf Close, Alausa, Lagos, which the Igbosere High Court had fixed 7th February, 2020, for the adoption of final written addresses in the case.
Justice Oluwatoyin Ipaye fixed the date after hearing submissions from the Defence Counsel, Adeoye Asaolu, and the Lead State Prosecutor, Akin George.
Ms Ibraheem was arraigned on May 22, 2017 and faces a three-count charge of forgery, forcible entry and criminal damage to the property which allegedly belongs to Oke-Sanyitolu.
During the trial, four witnesses, including Oke-Osanyitolu, his personal assistant and a signature expert, testified for the prosecution while six witnesses, including Ibraheem, a surveyor and a Police officer testified on behalf of the defence.
In his testimony, Oke-Osanyitolu told the Court that he and the defendant were formerly lovers and top civil servants working for the Lagos State Government. He said that in the course of their relationship, he needed accommodation for his ailing mother and had sought Ibraheem’s help in getting an accommodation.
Oke-Sanyitolu said the defendant negotiated the purchase of the property on his behalf for N45 million from the former owner, Baba Yusuf, in Kano.
The LASEMA DG told the Court that he made payment for the property in installments via Luqman Salami, his personal assistant, and that he paid a balance of N1. 5 million the day the Deed of Assignment was signed.
Five people, including the defendant, were present when the Deed was signed but only four persons – myself, the owner of the property, Baba Yusuf, his son Musa Yusuf and Salami, my personal assistant signed the document,” he said.
According to Oke-Sanyitolu, following the breakdown of their relationship, the defendant in order to unlawfully lay claim to the property, fraudulently made another Deed of Assignment and forged his signature on the fake document.
He said that Ibraheem, with the aid of hoodlums, also unlawfully broke into and took possession of the property.
The LASEMA chief noted that when he reported his ex-lover’s actions to the authorities, she threatened his life and said she will show him the power of women.
Ibraheem, while testifying in her defence, said the property belonged to her. She said that when she wanted to buy the property, she visited Baba Musa, the former owner of the property in Kano. However, he had said that due to religious reasons, he could not sell the property to a woman, unless she came with her spouse. Ibraheem said that obliging the request of Baba Musa, Oke-Sanyitolu accompanied her to buy the property.
The defendant in her version of events said that four persons – herself, the owner of the property, his son and Oke-Sanyitolu signed the Deed of Assignment while Salami, Oke-Sanyitolu’s personal assistant was a witness.
She said at the end of their relationship, she got wind of the fact that Oke-Sanyitolu had procured another Deed of Assignment for the property. Ibraheem noted that the new Deed did not contain her signature and that he was trying to register the new Deed at the Lagos State Ministry of Lands. The director denied taking over the property illegally from the complainant.
Source: PM Express
Top Stories