Students were left alarmed after discovering a fetish item placed in front of a lecturer's office. 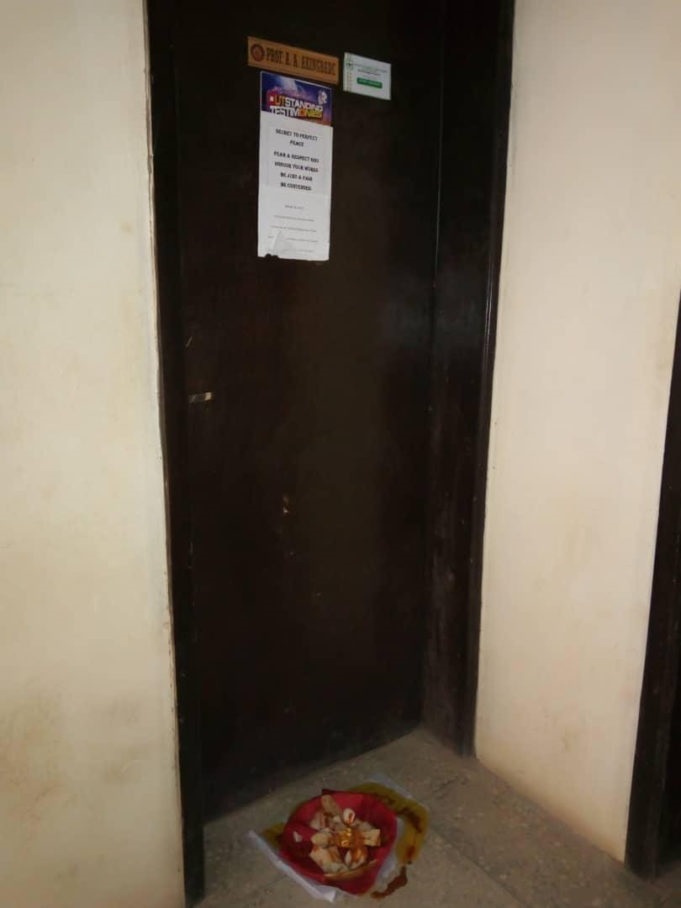 Fetish sacrifice placed in front of lecturer's office
People were left in a state of shock after discovering a “sacrifice” this morning in front of the office of a Ladoke Akintola Univeristy of Technology (LAUTECH) professor.
Students raised alarm following the discovery of the fetish item.
The sacrifice was reportedly placed in front of the office of Prof. A.A Akingbade, a senior lecturer in the faculty of Agricultural Science of the institution.
Prof Akingbade is also the current chairman of the Examination Malpractice Panel of the institution.
Another sacrifice was also placed in front of one of the classrooms in the university located in Ogbomosho, Oyo State. 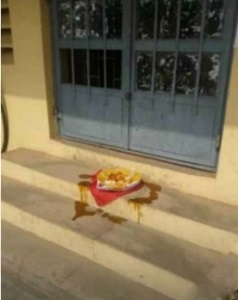