According to a show promoter, following the recent Okada ban, the cost of using a horse as a means of transportation is now on the rise. 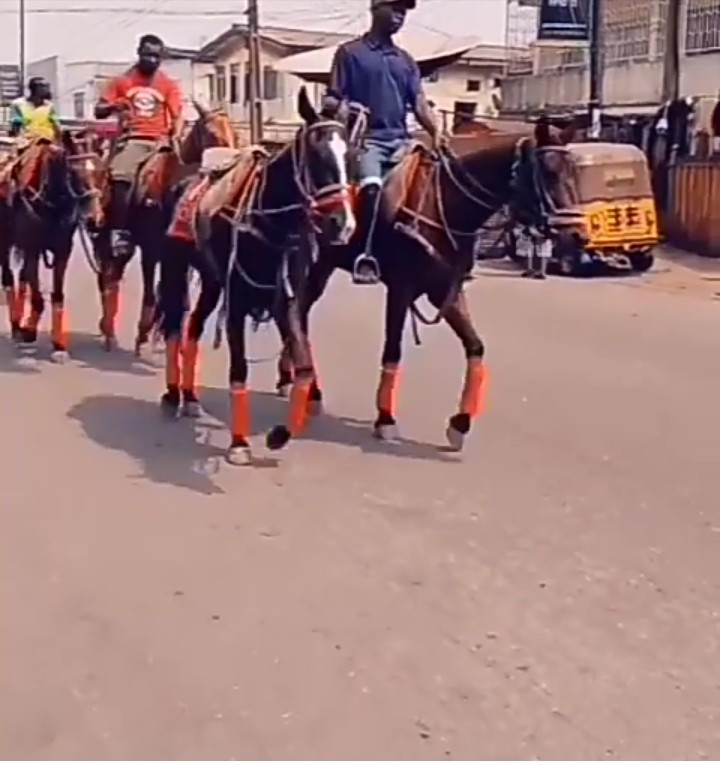 A show promoter has claimed that he was asked to pay 3,500 Naira for a horse ride from Keffi street, Ikoyi to Obalende.

Instagram user @Iamstillonstill claims he waited for a bus for like 30 minutes but when he didn't see one, he decided to ride on a horse to his destination.

However, when he asked the rider how much it will cost, he was told he will have to pay 3,500 Naira for the short journey.

A bus ride from Ikoyi to Obalende is usually not more than 200 Naira. However, due to the okada and keke ban, most commuters now have to rely on buses, thereby making them scarce and more expensive. Horse owners have also brought out their horses to be used to convey people to their destination. 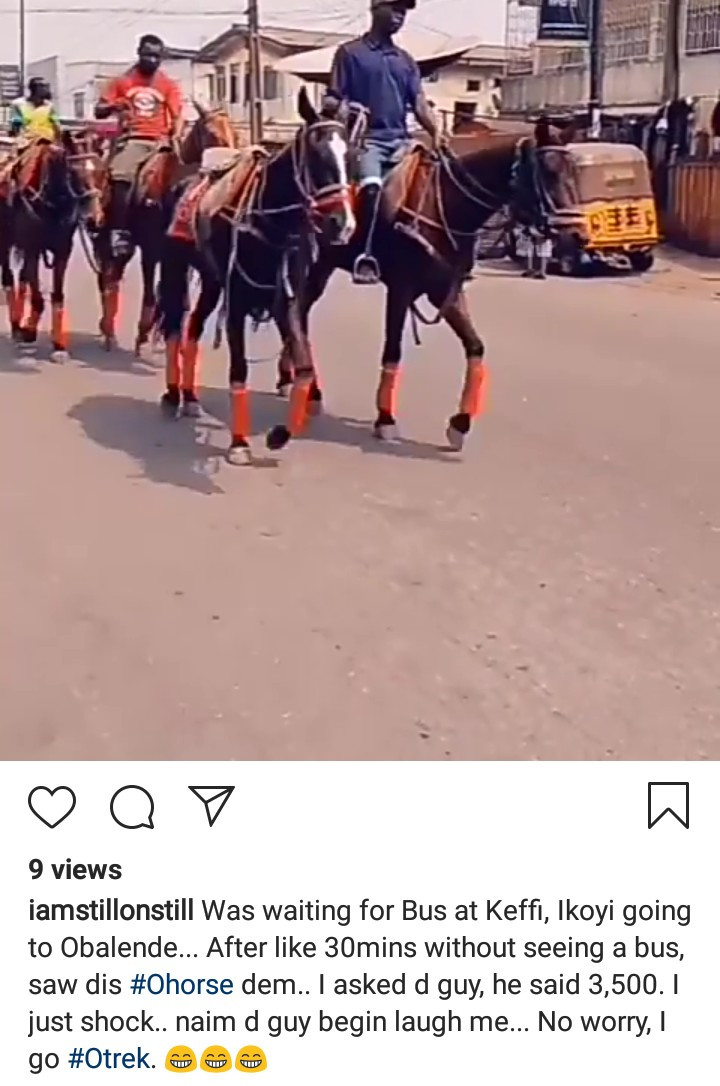