A republican party member who supported the democrats for the impeachment of Donald Trump has been slammed by the President. 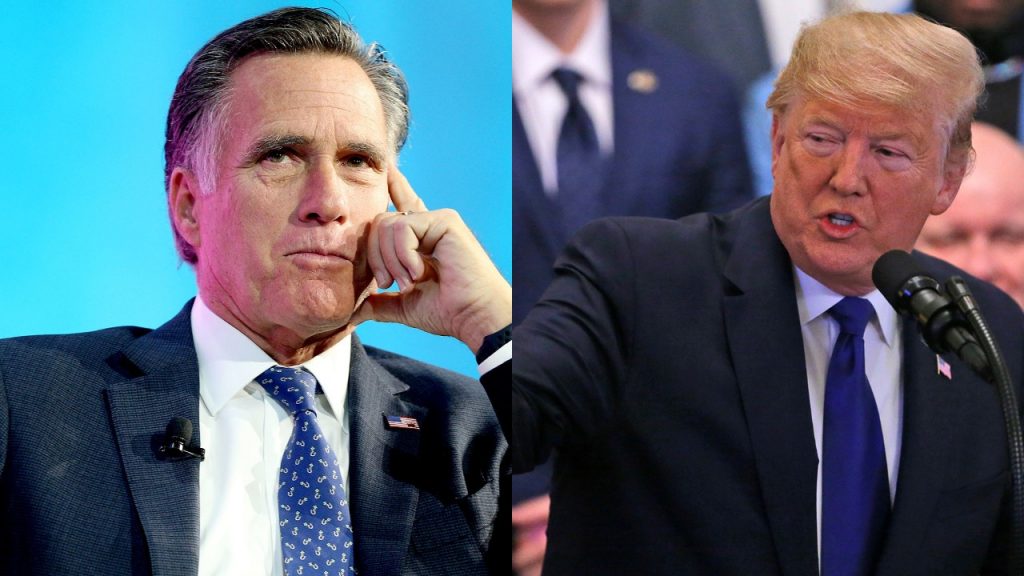 Mitt Romney and Donald Trump
US President Donald Trump has taken to his social media page to lambast Mitt Romney for supporting his impeachment.
Recall that Trump was on Wednesday acquitted by the US Senate.
Romney, who ran for president against Barack Obama, was the only Republican Senator who voted against Trump.
The impeachment vote result was 52-48 vote.
Romney made history as the only Republican ever to vote against a president of the same party.
Trump tweeted: “Had failed presidential candidate MittRomney devoted the same energy and anger to defeating a faltering Barack Obama as he sanctimoniously does to me, he could have won the election. Read the Transcripts!”
Pelosi condemned the acquittal. She said Trump was a “rogue president”, a “threat” to America and should have been removed.
Democrats alleged that Trump abused powder by withholding military aid to Ukraine and asking the country to move against Joe Biden, his political rival.
Top Stories