A top leader of the terrorist group, al Qaeda has been killed by US forces in Yemen during a fight. 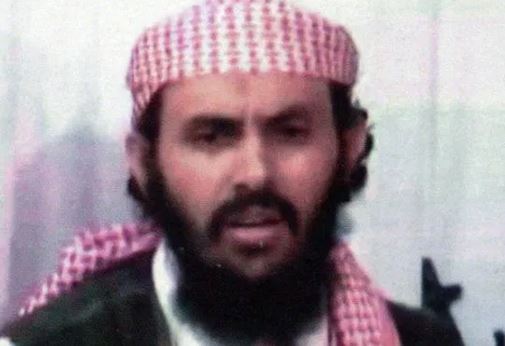 Qasim Al-Rimi
The United States has admitted its forces in Yemen killed the top leader of a brutal al Qaeda faction that claimed responsibility for last year’s deadly shooting at Naval Air Station Pensacola.
The confirmation was made by President Trump during a statement on Thursday.
Qasim al-Rimi, the founder and leader of al Qaeda in the Arabian Peninsula (AQAP), was killed along with his deputy, according to a statement released by the president.
Al-Rimi joined AQAP, a branch of the global terrorist group, in the 1990s and worked under Osama bin Laden in Afghanistan.
“Under Rimi, AQAP committed unconscionable violence against civilians in Yemen and sought to conduct and inspire numerous attacks against the United States and our forces,” Trump said.
“His death further degrades AQAP and the global al Qaeda movement, and it brings us closer to eliminating the threats these groups pose to our national security.”
Al-Rimi had said in a video that his group was responsible for the Dec. 6 shooting at the base, where a Saudi aviation trainee killed three American sailors.
The targeted killing came one month after the US airstrike on Iran’s Quds commander Qassem Soleimani and his associates at Baghdad airport.
Top Stories