A popular Nnewi billionaire businessman, Chief Ogbuawa has died after slumping at his palatial home. 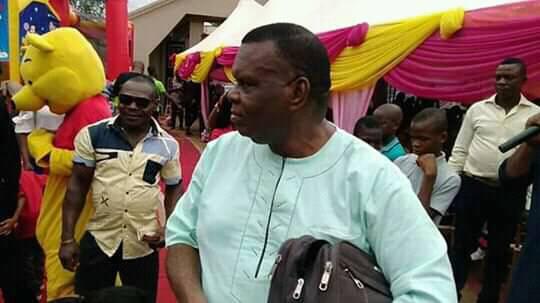 Chief Ogbuawa
Residents of Nnewi town, Anambra State are mourning the sad loss of billionaire business mogul and philanthropist, Chief P. O. Ogbuawa.
According to PM Express, Chief Ogbuawa, popularly known as Yoko President, reportedly slumped at his palatial home and was rushed to the hospital where he was confirmed dead.
It was gathered that the CEO of Ogbuawa & Sons Nigeria Limited had been battling some health challenges for a while now. So when he suddenly slumped in his house, he was rushed to the Nnamdi Azikiwe University Teaching Hospital (NAUTH), Nnewi, where he was admitted into the Accident and Emergency Unit (A and E); there he gave up the ghost at about 8am yesterday morning.
Ogbuawa is a household name not just in Nnewi and Igboland but in Nigeria and Africa, as children still bear Ogbuawa as a nickname which is synonymous with wealth and philanthropy.
The Yoko President is credited with bringing class to the motorcycle spare parts section of Nkwo Nnewi, which spilled over naturally to every section of the market. His attention to details, unparalleled business acumen and knack for perfection made his products the standard to beat in the spare parts market across Africa.
Even though Chief Ogbuawa hails from Oraeri, he played a vital role in the uplifting of Nnewichi Nnewi where he lived by tarring roads, building estates, providing of pipe borne water and installing street lights.
His name and impact will never be forgotten in Nnewi and Anambra State. As the news of Ogbuawa’s passing hit Nnewi, many expressed huge shock and silence pervaded the town in respect of the great man.
Top Stories