Lady Who Praised Husband For Staying Despite Infidelity Loses Him


Social media user who praised her husband for staying despite her infidelity has lost her husband after the post spread like wildfire. 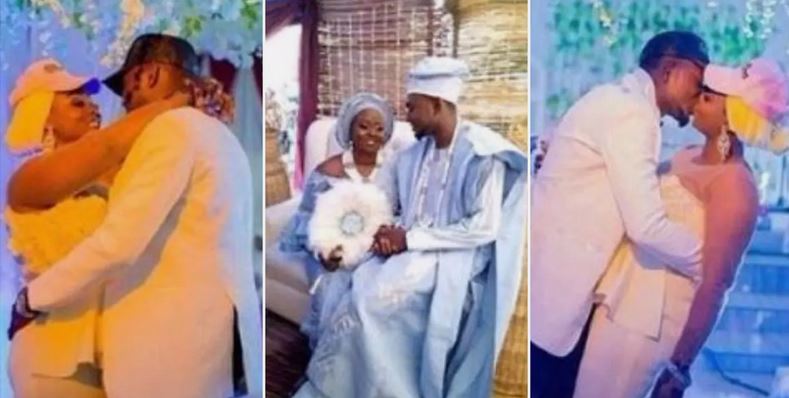 The lady on Twitter, attempted to praise her husband on social media for his sterling qualities after almost two years of their marriage.

According to her, marrying her husband, Onimisi, is the best decision she has ever made.

Explaining further, Subomi said that her man stayed with her even when it was obvious that she was cheating on him with another irresponsible guy.

Subomi said Onimisi does not drink, party, keep friends or smoke and that he does not have broad shoulders or fashion sense but he is handsome, calm, God fearing, hardworking and amazing.

The young lady praised her man further by saying he is the kind of husband any woman prays for .

In a post appreciating her husband, she had stated that her husband even though he was not her type, had stayed with her despite her infidelity while they were dating.

The post spread like wildfire on social media and got so many talking. She has now revealed that she has lost her husband after most concentrated on his staying after her infidelity instead of other good qualities she stated.

You just couldn't say these sweet things without mentioning the cheating ? Y'all really don't know when to stop on these streets. Making the man look like a fool because you know cheating will give you RTs. SMH good luck to him

You all didn’t see HARDWORKING, HANDSOME, GOD FEARING, KIND, CALM, AMAZING all you saw was cheating b4 we married.

Whoever that RT this 4 clout I pray you get whatever dat comes for you. I pray u all get paid in ur own coin. Have lost my mum, dad and now SM made me lost my hubby. 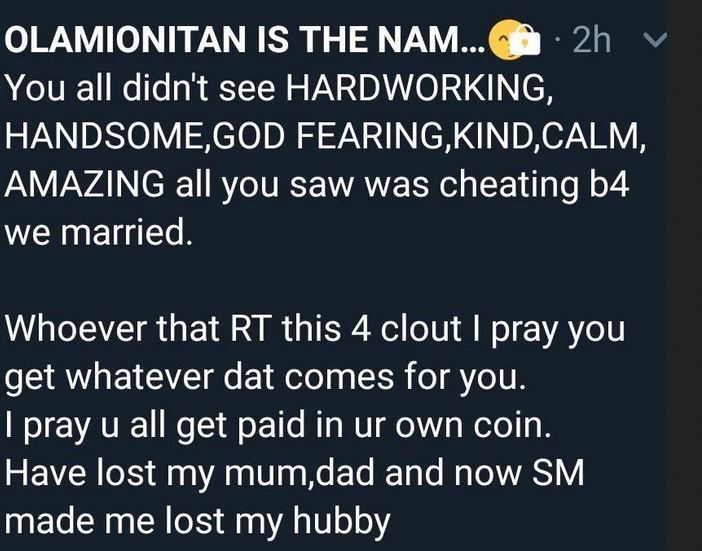