Man Arrested While Trying To Kill His Wife In Lagos (Photo)


A man who attempted to stab his wife with a knife over a disagreement has been arrested by the police. 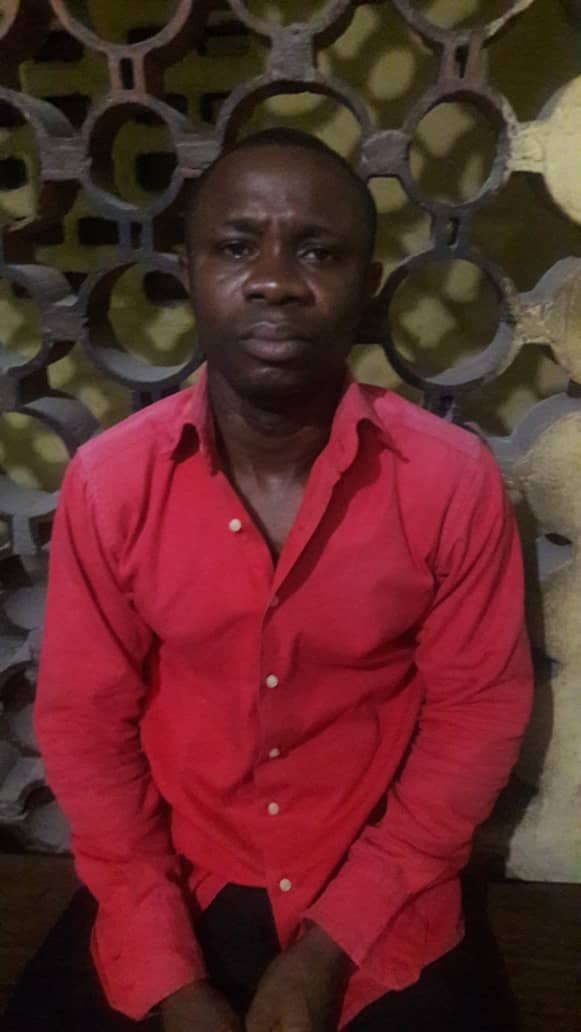 Christoper Lament
A 45-year-old man, Christopher Lament has been arrested by operatives from the Bariga Police Station, Lagos state police command at of No 23 Jossy Castro Street Lagos, for attempting to kill his wife, Comfort Christopher of the same address with a knife.
A statement released by the state police command spokesperson, Bala Elkana, today February 9th, said the woman was rescued by the Police following a distress call received. The knife was recovered and registered as exhibit.
Bala says the couple were married for 13 years and blessed with two children, ages 11 and 9. Both are from Akwa Ibom State.
The suspect lost his banking job 5years ago and the woman is not working.
The couple were having series of crisis underpinned on matrimonial rascality and lack of maintenance.
The event that reportedly led to the suspect attempt to stab the victim with a knife, started with a mere argument.
Bala says investigation is ongoing and the suspect will be charged to court soon.
Top Stories