An exemplary school teacher has received more rewards on earth from well-meaning Nigerians for her selfless act. 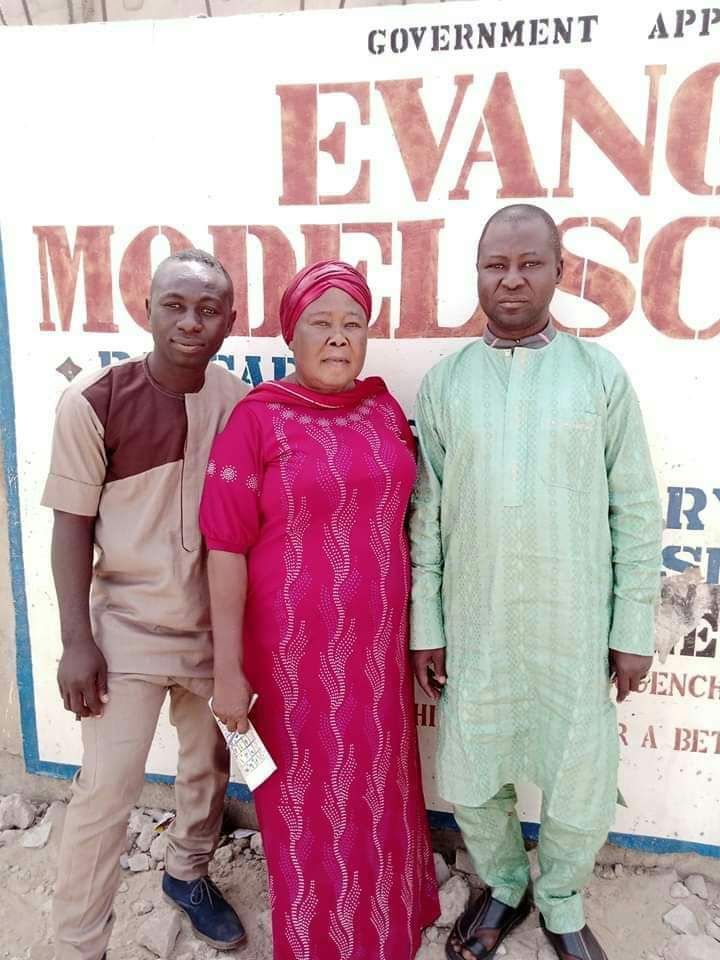 Mrs Obiageli Mazi has received one million naira cash gift.
After Borno Governor, Umara Zulum gave a cash reward and accelerated promotion to Mrs Obiagelli Mazi, a woman who has served in the state for 31 years, more blessings have continued to come her way.
Recall that Mrs Obiagelli, a level 12 class teacher who hails from Abia state in a trending video caught the Governor's attention because of her punctuality.
It was gathered that the teacher was at her school as early as 6:30 am last Friday when the governor paid a suprise visit at the Shehu Sanda Kyarimi Primary school under Jere local government and met Mrs Obiagelli already waiting for her pupils.
Zulum commended and rewarded her with personal cash of N100,000 nearly three times her monthly salary of N35,000.
He has also approved an executive order promoting her from class teacher to assistant headmistress, a triple promotion.
Zulum recounting the experience on Twitter, said: “Yesterday, as early as 6:30 in the morning, I paid an unscheduled visit to Shehu Sanda Kyarimi II Primary School to see how we can improve the infrastructure therein and I met teacher, Mrs. Obliageri Mazi, an Igbo Christian from Abia State who served for 31 years in the Borno state.
“Although it was very early, I met none of the teachers and their pupils on the ground but only her.
“Her gender, tribe, religion or state of origin does not surprise me but her passion, enthusiasm, dedication, commitment and above all patriotism do surprise me a lot. As a Government, we are mightily proud of her!”
Now, the school teacher has received another sum of 1 million naira by some goodhearted northerners.
SA media to Gov Zulum, Dogo Shettima paid Mrs Obiageli a visit yesterday to give her the reward.
"Some concerned Bornu residents donated One Million naira in appreciation of her service. Shettima visited to deliver the money." he wrote on Facebook.
See post below:
Top Stories