Many people were left in a state of confusion after mysterious rain destroyed a makeshift structure erected for the burial of Udom's father. 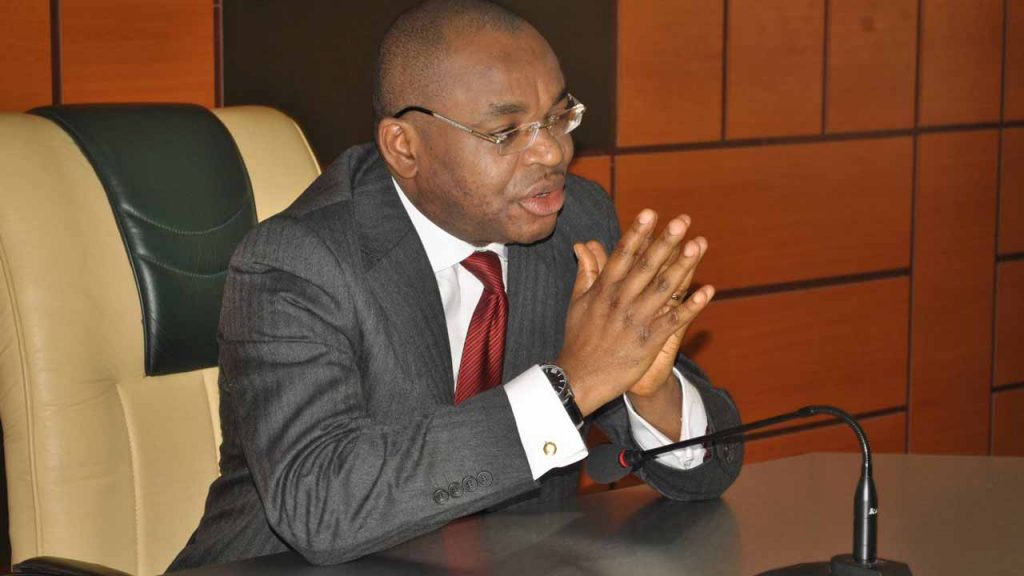 Udom Emmanuel
Just a few days to the funeral of late Mr. Emmanuel Gabriel Nkanang, father of Akwa Ibom State governor, Mr Udom Emmanuel, a mysterious rain had destroyed a make-shift structure built to accommodate dignitaries for the ceremony.
The funeral is scheduled for Saturday 15th February 2020 and it was gathered that the rain concentrated only in the Governor’s community and pulled down the structure on Monday.
A member of the community, who pleaded anonymity, told newsmen that he had suspected some mysterious sabotage and had earlier cautioned planners of the event to engage the services of a rain-maker.
He said, “How do you explain a rain that circulated within a particular area? I had told the planners of this burial that not everyone would be happy to see a successful burial of the Governor’s father.
“I earlier suggested the need to engage a traditional rain-maker so that in a situation like this, such mysterious rain would have been diverted to nearby communities.”
Some people had said they suspected the make-shift structure may have been constructed with sub-standard materials.
Recall that Governor Emmanuel had announced that he would not use government funds for his father’s burial.
Top Stories