Senator Theodore Orji and his son have been asked to vacant their seats over alleged N525bn fraud. 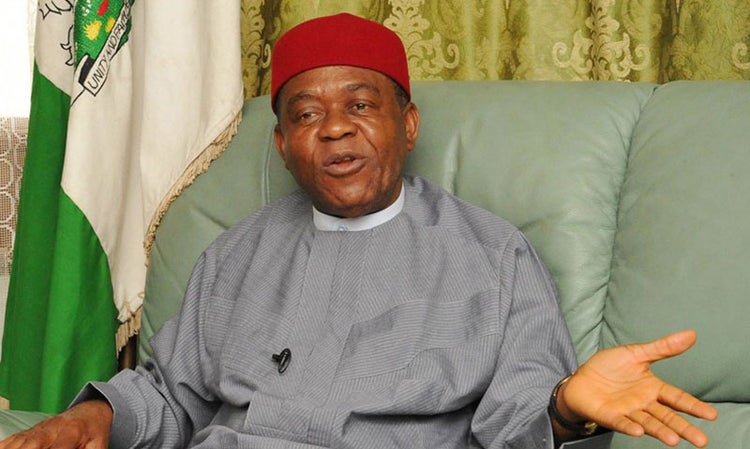 Senator Theodore Orji
The All Progressives Grand Alliance in Abia state has called on a former Governor of the state, Chief Theodore Orji, and his son, Chinedum, to step down from their legislative duties and face their matters with the Economic and Financial Crime Commission.
The call for their resignation became important following a report on alleged fraud against the former governor and his son by the EFCC.
The report, which was published, on Sunday, showed that the former governor and his son allegedly looted funds belonging to Abia State to the tune of over N500 billion.
The former Governor is the senator representing Abia Central Senatorial District while his son is the Speaker of the Abia State House of Assembly.
APGA, in a statement signed by its State Publicity Secretary, Ebere Uzoukwa, and Ferdinand Ekeoma, Media Assistant to Dr Alex Otti, stated that “the duo have lost the moral right to represent the people of Abia, much more preside over other legislators”.
“This is without prejudice to their right to be heard in court, should they choose to defend the weighty allegations.
“We understand that millions of Abians in particular and Nigerians, in general, have been expressing shock, disbelief, and anger over the report due to the magnitude of looting, and therefore join Abians in solidarity at this moment of sadness and sobriety,” the statement added.
The party urged Abians to remain strong and vigilant even as EFCC continues with its investigation.
Top Stories