An angry mob has descended heavily on two suspected kidnappers nabbed while trying to snatch a 2-year-old in Ondo. 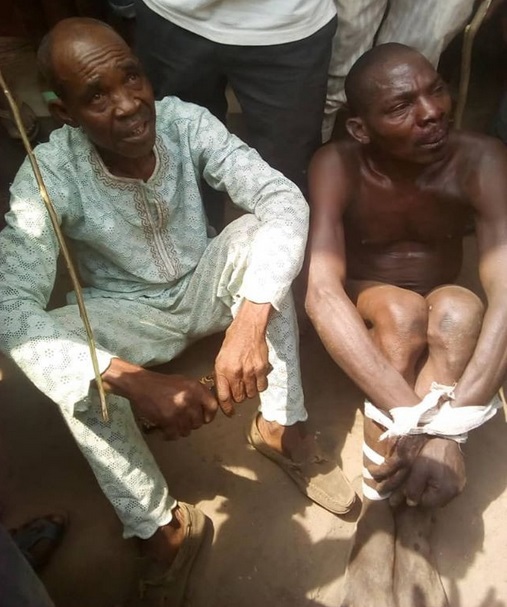 The two suspected kidnappers
Two suspected kidnappers caught while attempting to snatch a 2-year-old from the mother's back on Tuesday, in Erusu-Akoko, Akoko North-West Local Government Area of Ondo State have been given the beating of a lifetime.
It was gathered that the mother of the baby was trailed by the suspected kidnappers from Aga area of the town. She struggled with the hoodlums when they allegedly attempted to pull her child from her back and then raised the alarm.
An eyewitness said the loud shouts of the baby’s mother attracted sympathisers who rushed to the scene of the incident to rescue the victims, and eventually prevented the kidnappers from evading arrest.
It was learnt that the irate mob pounced on the attackers, stripped them naked and attempted to set them ablaze, but for the prompt intervention of the traditional ruler of the town, Oba Sunday Mogaji, a lawyer.
Police from the Oke Age Division were reportedly invited while the two suspects were handed over to them. After interrogation it was discovered that the two suspects are from Oyin Akoko but lived in Oke Agbe.
The Area Commander of the Akoko Police Division, Assistant Commissioner of Police(ACP) Razak Rauf who confirmed the arrest of the suspects, stated that investigations have begun on the matter and the suspects transferred to the State Criminal Investigation Department of the state police command in Akure, the state capital. 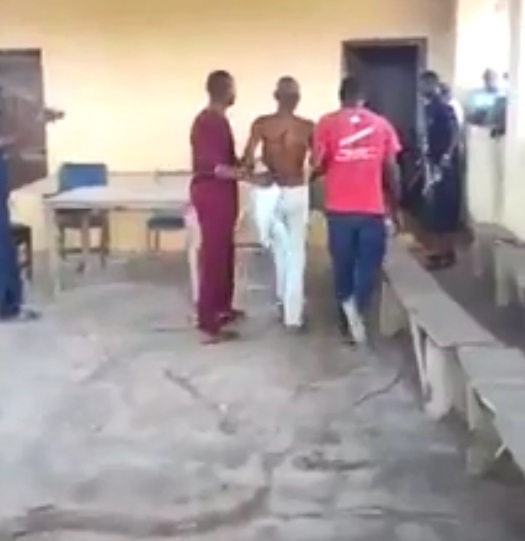