Adams Oshiomhole, the National Chairman of the APC, said this at a press conference in Abuja. 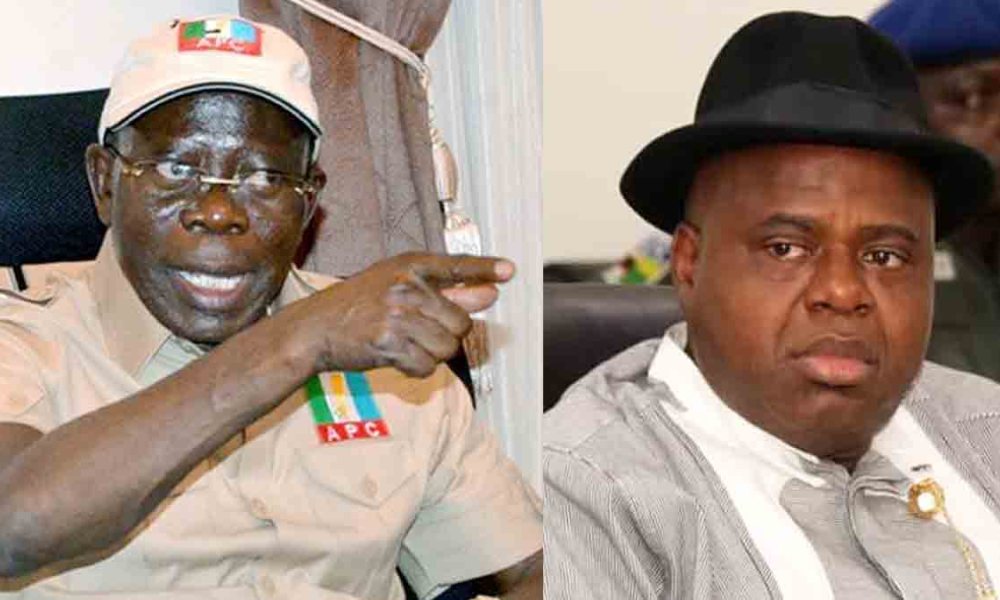 According to Punch Metro, the All Progressives Congress, on Friday, rejected the decision of the Independent National Electoral Commission to issue a Certificate of Return to the candidate of the Peoples Democratic Party, in the Bayelsa Governorship elections, Senator Douye Diri.

National Chairman of the APC, Adams Oshiomhole, said this at an ongoing press conference in Abuja.

He vowed that the party will explore every available legal means to ensure that the will of the people of Bayelsa State was upheld.

Oshiomhole said, “We are going to court.”

He also urged the Peoples Democratic Party not to “celebrate too early.”

He said, “The PDP has just crossed one river, there are several other rivers to cross.”