Knife wielding men in Hong Kong robbed a delivery man of toilet rolls which is now a scarce commodity due to the Wuhan coronavirus. 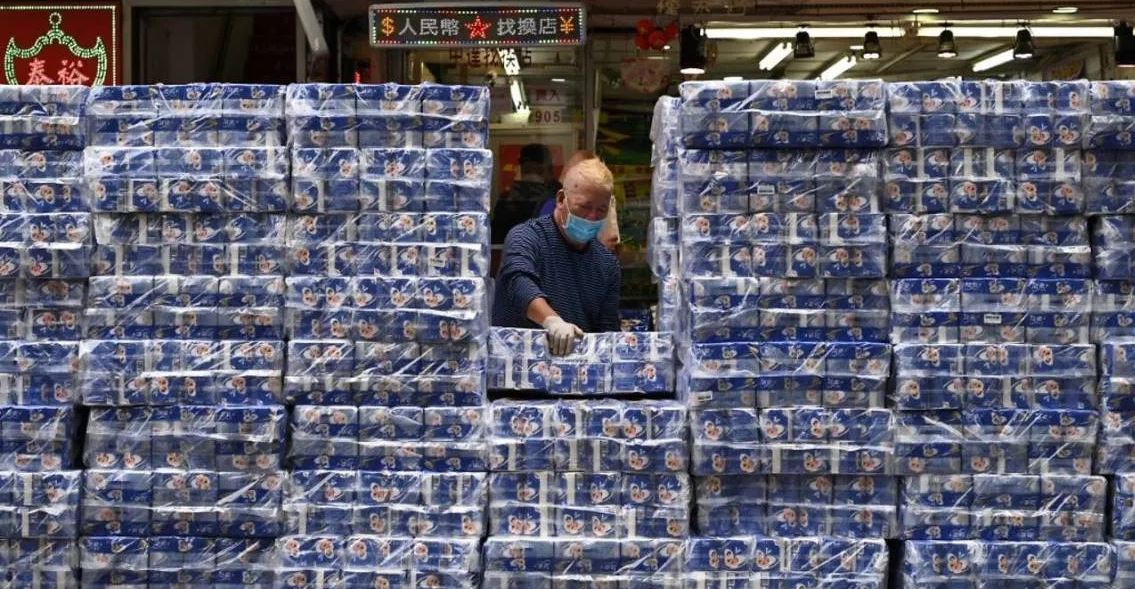 Armed robbers in Hong Kong made off with hundreds of toilet rolls worth more than HKD1,000.

Toilet rolls are currently in short supply in Hong Kong due to shortages caused by panic-buying during the coronavirus outbreak.

The armed robbery took place in Mong Kok, a district of Hong Kong with a history of "triad" crime gangs, early on Monday.

According to local reports, the robbers had threatened a delivery worker who had unloaded rolls of toilet paper outside Wellcome Supermarket.

Stores across the city have seen supplies massively depleted with long queues when new stock arrives.