A Nigerian CEO who was once a stripper and cultist in Port Harcourt, Rivers state has told her startling story. 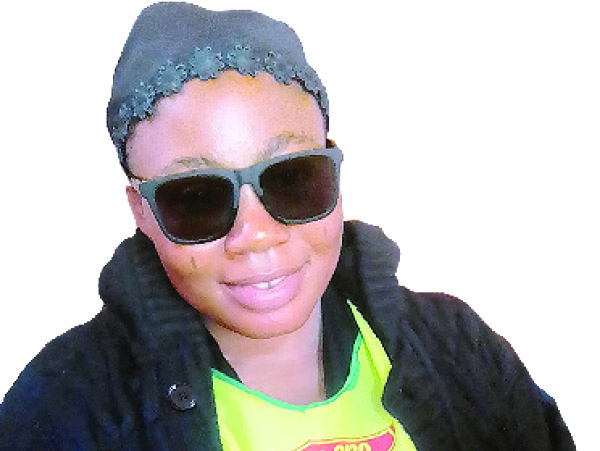 Jean Great Natasha is the CEO, Madam Titi Entertainment Academy, located in Port Harcourt, River State. She was a stripper, singer and actress. Born to an American father and Nigerian mother, the 27-years-old lady recently had a divine encounter at The Lord’s Chosen crusade ground, Mgbidi, Imo State where, according to her, she saw the light and became a new being.

Recalling her experience as a strip dancer and entertainer, Natasha narrated: “Thank God, I have been saved and now I am a new being. I was a strip dancer and a cultist. I took to this lifestyle because I wanted to make it big in life. I am an orphan. I lost my mum and dad. I sold my soul to the world. My wildlife brought a lot of money. I made between N150,000 and N200,000 a day, and all the money went into purchasing clothes and I was not satisfied, I wanted more. So, I joined a cult where I was banned from singing in church.

“I am a popular face in many strip clubs in Port Harcout. I sing love songs and I compose songs. I am a stripper and I dance naked. I take off my pants on stage whenever I perform, but no man is allowed to touch me. I worked at Obi-Igbo Club in Port Harcourt where I had lots of patronages. There was a foreigner who enjoyed my shows so much he went to the extent of paying the club in dollars on any day I entertained just to watch me.

“I go on stage half naked and while performing, I take off all my clothes. While performing, men find me irresistible and desire to touch me, but I don’t let them touch me; they can only look. In fact, when I left the club, the manager came to the pastor of The Lord’s Chosen Church and begged him to release me, saying since I left, business has gone down.

“Back then, I felt there was no need for God. I felt that serving God was a waste of time and that you cannot make money serving God. But today, it is the same me that is now in the church. At the Lord’s Chosen, I was told to testify but I refused because people know me. If they see me in this clothe, how will they believe that I am the one?”

However, Natasha said she was first a stripper before joining the ShashaCult where she enjoyed herself as a member for five years.

Narrating her experience as a cultist, Natasha stated: “I was a stripper before joining the ShashaCult and I was a member for about four or five years. They also have a chapter in Akwa Ibom. As soon as you join, your heart is frozen and you become very mean. But I never killed anybody throughout the time I was there. I was a very strong cultist, but as soon as I became a member of The Lord Chosen, the power I had inside of me left. I thought it was the pastor that pushed me but the pastor was far away. Now, I know that it is not advisable for anyone to stay away from God.”

As an actress, Natasha starred in popular movies like Tears of the Landalongside Queen Okoye, Imported Muguand The River Goddessamong others. She also featured in movies alongside Sam Dede and Nkem Owoh aka Osuofia.

But then, how did her journey to The Lord’s Chosen Church begin? Hear her: “I joined The Lord’s Chosen in a way that is extraordinary. I never believed I could join the church because I never believed I could dress decently, because when I dress up it is to slay! When you see me on the road, you won’t believe I am the one because I will always show my nakedness. I used to confuse people with my dressing, which was only pants and bra.

“But God of Lord’s Chosen met me in the dream as an old man and introduced himself to me as ‘The I Am That I Am’. He gave me an envelope and asked me to go to the Lord’s Chosen Church. When I opened the envelop, on it was written, ‘I am a chosen, I am a chosen, who are you?’ He told me that if I don’t go to the church, I would die.

“The next day, the old man I saw in my dream came with a motorbike to pick me to the church, because I didn’t even know where it was located. He drove me to the Lord’s Chosen located on Internet Road, Port-Harcourt.”

What will Natasha miss most about her life as a stripper? Her response: “I don’t have money to produce those things that used to give me joy anymore, I have been asked to throw them away, because Lord’s Chosen does not believe in those things. For me, I am just starting a new life; old things are gone. I am a new creature in Christ.

Now that she is delivered, how does she feel? “I feel happy, because I never knew that Lord’s Chosen people are caring the way they took me up as an orphan. When I was in the world, I vowed that I will not marry but adopt a child, but now I am ready to marry.”