A former Big Brother Naija housemate, Nina has revealed the reason why her friends didn't attend her marriage. 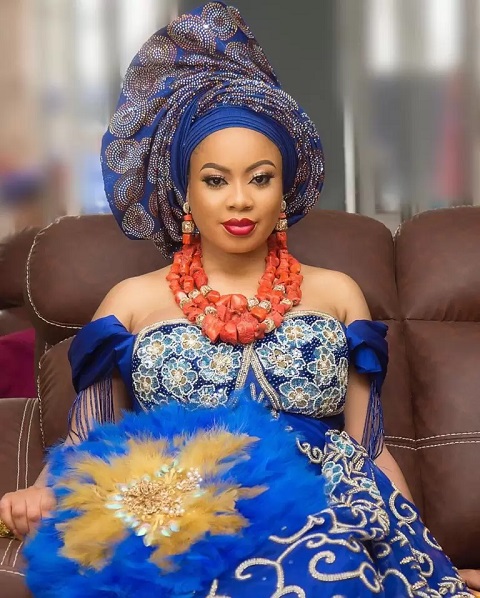 Nina Ivy
Nina Chinonso Onyenobi popularly known as Nina Ivy, a former BBNaija 2019 housemate has given reasons why her friends didn't attend her marriage.
Recall that she got married on Saturday, February 15 to her lover, but many people have accused her of engaging in audio marriage because she refused to show the face of her man.
Since the photos were revealed, there have been lots of unanswered questions surrounding her controversial marriage.
It was noticed that throughout the colourful ceremony which took place in Imo State, the home town of the BBNaija star, the groom was not spotted, same as any of Nina’s friends and BBNaija housemates.
Giving reasons for her friends absence, Nina explained that she had planned her traditional marriage to be very private, but it turned out otherwise.
” I want to thank God Almighty for a successful “Ime ego “ My hubby paid everything in full….
You all know how owerri bride price is 🤣🤣 it’s huge 🤣🤣🤣And I want to specially thank @house_of_dova  for making my outfit in such a short period and to everyone that made this a success…. It was initially meant to be just “ime ego “ and very low key but I was wowed by the crowd ,and started regretting why I didn’t invite any of my friends 😩😩but thank you all for your understanding , God Bless everyone that wished me well I appreciate….” She wrote.
Top Stories