A pastor with the Redeemed Christian Church of God who has dwarfism has become a magistrate in Ondo. 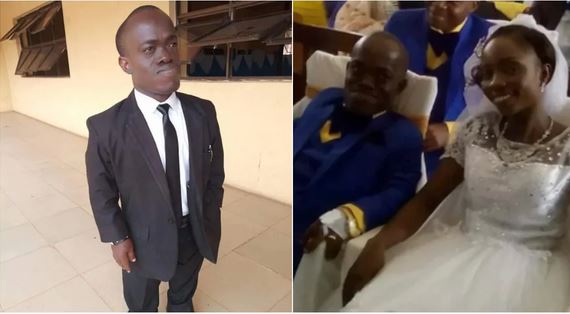 Pastor Dele Taiwo, a famous Redeemed Christian Church of God (RCCG) pastor with dwarfism has been celebrated on social media.

The pastor recently achieved the milestone in his life's journey and he was celebrated for it.

The pastor was celebrated on Facebook by a user identified as Chukwudi Iwuchukwu for becoming a magistrate of Ondo state. The Facebook user explained that he met Taiwo when he was in Nigerian Law School in Bwari in 2013.

Iwuchukwu noted that they were both students and they got closer because he was a pastor of RCCG church. 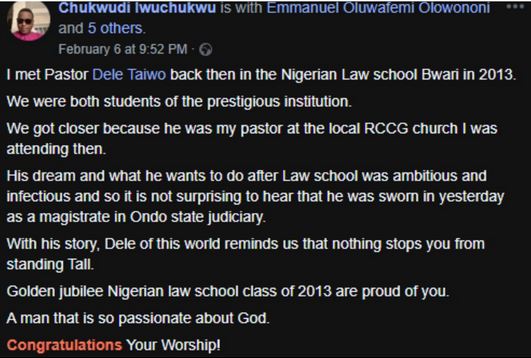 According to Iwuchukwu, Taiwo's dreams have always been ambitious and the way he talked about what he planned to do after school was infectious.

He said he is not surprised that he became a magistrate. He said Taiwo reminds him that nothing stops anyone from standing tall.