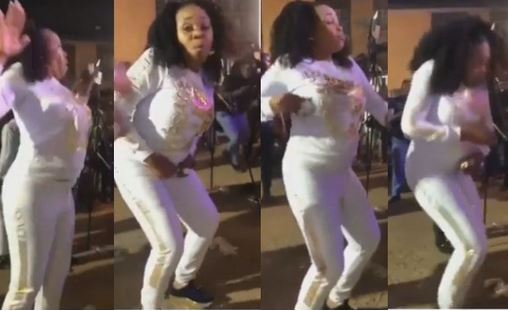 A video of the singer went viral yesterday after a Nigerian man criticized her for dancing in a ''worldly manner''.

However, the singer in an interview with TVC said she was dancing at her father's funeral and that people with spiritual eyes will understand her.

Reacting to the video, Freeze in a now deleted post, said he did not see anything wrong with her dance step. However, he added that her dance step was repulsive and uncouth and it made her look like ''two worms that were mating.''