More details have continued to emerge following the tragic murder of a top Aso Villa official. 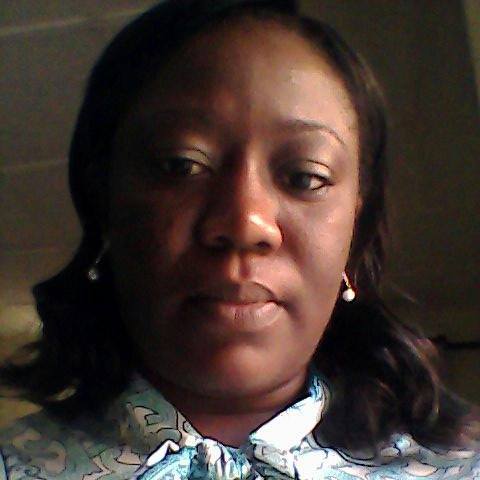 Ms. Laetitia Naankang Dagan
A cousin of the Assistant Director of Administration, Staff Welfare, State House, Abuja, Ms. Laetitia Naankang Dagan brutally murdered on Monday has revealed her last words before the tragic incident..
Dagan who lived in a boys quarters of an unnumbered house on 22 Road, B Close, EFAB City Estate, Lokogoma, Abuja, was allegedly molested before the assailants set her ablaze on Monday night.
According to DailyTrust, a private security guard who was on patrol the night the incident happened said that when he led his team to the house, they saw thick smoke billowing out from her apartment.
The guard who does not want to be named, said he was alerted by the cousin of the deceased at the security gate of the estate that Ms Dagan was in danger and when they went to the house, it was locked from outside.
He said the cousin informed him that she called the late assistant director on phone at about 10:30 pm and she was crying and screaming that some people were going to kill her before the line dropped and when she called back, the line was switched off.
He added that the cousin then came from Lugbe to alert the security to the estate.
“We went there at about 12 midnight and we discovered that the gate of the house was locked from outside and we decided to scale the fence. Thick smoke was billowing from the house and we could not see clearly. We broke into the house and we groped in the dark and found her tied to her bed naked while the mattress was burning,” he said.
He said they untied her and rushed her to a private hospital where she was confirmed dead, adding that it was at that point they reported to the police who came and took her corpse to the morgue.
Daily Trust confirmed from sources that she lived alone in her apartment but other young men lived in the main flat and were not around when she was found stripped and lifeless, though they were seen around earlier on the day of the incident.
Meanwhile, the FCT Police Command yesterday said it has arrested one suspect in connection with the killing.
In a statement yesterday by the police command’s spokesman, DSP Anjuguri Manzah, preliminary investigation by the Criminal Investigation Department of the command led to the arrest of one Edirin Ohonre.
Manzah said Ohonre was suspected to have conspired with others now at large to perpetrate the crime.
“The suspect, who is currently under interrogation, is assisting the team of police detectives with information that will lead to the arrest of the other suspects connected to the crime, that are now at large,” he added.
Top Stories