Revealed! 'Whitney Houston' Set To Go On Tour 8 Years After Her Death...See How It Will Happen


World renowned artiste, Whitney Houston is set to go on tour some eight years after she tragically passed away. 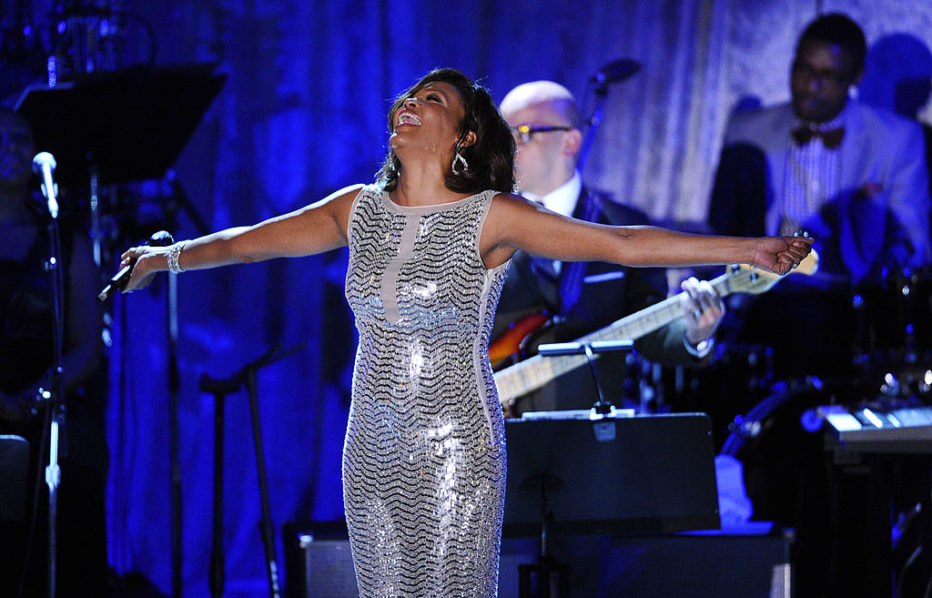 Even though Whitney Houston passed on eight years ago, the legend will be going on tour, posthumously.

According to Hotnewhiphop, a holographic Houston will embark on a European tour that starts in England on February 25 and runs through early April, with U.S. dates expected to follow.

“Now is just the right time,” said Pat Houston, the singer’s sister-in-law, former manager and the executor of her estate, which is producing the show in collaboration with BASE Hologram.

The concert set includes most of her biggest hits — “How Will I Know,” “Saving All My Love For You,” “I Will Always Love You,” along with some unexpected rarities, including a cover of Steve Winwood’s “Higher Love” that Houston first recorded three decades ago.

The show, which was first conceived five years ago, used a body double along with hundreds of hours of Houston performances and extensive CGI synthesizing.

“We created the hologram the same way they did Carrie Fisher in the ‘Star Wars’ movie ‘Rogue One,’” said Marty Tudor, CEO of BASE Hologram, which has previously revived performing versions of dead singers including Roy Orbison and Maria Callas. “It’s lengthy, it’s tedious, it’s a big, complicated process, but I think it worked.”

The ambitious performance is the modest brainchild of Whitney Houston herself, in at least one respect.

“This is something that she wanted to do,” Pat Houston said after the media preview of the show. “I get very emotional watching this, because it is so, so close to what she wanted. The only thing missing is her, physically.”

The limits are more apparent as the concert goes on, with the projection beam visible and Houston’s movements minimal, but those shortcomings are unlikely to bother the hardcore fans the tour is likely to draw.

Houston was never one for elaborate choreography or flashy moves anyway, and her small gestures — a quivering jaw on long-held notes, fluttering fingers for vocal flourishes, are all captured here.

“Whitney didn’t dance a lot, but when she did do her little moves, they were so perfectly Whitney,” said Fatima Robinson, who choreographed the show. “We did lots of studying her behavior in her videos. We would study her movements, and find the best moments in some of the live videos that just really embody her.”

However, the show still features plenty of dancing, via four backup dancers and two moving backup singers, all of whom occasionally interact with the hologram.

This won’t be the first time a posthumous tour would happen. It was witnessed when 2Pac Shakur’s hologram graced the stage to perform at Coachella in 2012.