You Are Not Qualified To Join Our Party - APC Tells Fayose


A former governor of Ekiti state, Ayodele Fayose has been urged to perish the thoughts of ever joining the All Progressives Congress. 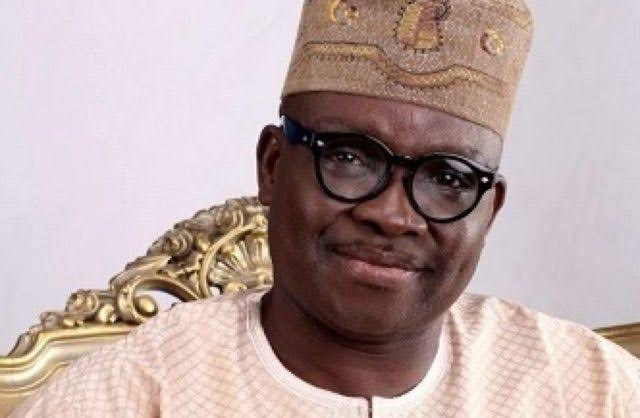 Ayodele Fayose
The All Progressives Congress in Ekiti state has warned a former governor of the state, Ayodele Fayose, that he is not qualified to join the party.
This was made public by the State Publicity Secretary of the party, Ade Ajayi in Ado Ekiti, on Thursday.
He said the party was not a dumping ground “for failed politicians,” adding that Fayose was not wanted in the party because of his antecedents.
This was contained in a statement he signed. Ajayi described the APC as “a disciplined, refined and integrity-inclined type which would not tolerate people like Fayose,” adding that “Fayose is not qualified to be a member of the APC in the state.”
The party, which was reacting to a statement allegedly credited to Fayose to the effect that he would defect to the APC if his ordained Peoples Democratic Party state chairmanship aspirant failed in his bid for the job.
To this, Ajayi said, “We will not welcome him to the great and decent family in the state.
“It is better he stays back in his PDP to get it more destroyed instead of coming to a principled, disciplined, transparent, law-abiding and organised party like the APC.
“The Ekiti APC members know the people behind the masquerade and thereby warn people like Fayose not to turn the APC to a dumping ground where they can defect to.”
Top Stories