Two Nigerian women have recorded various degrees of burns on their bodies in a horrific kerosene explosion. 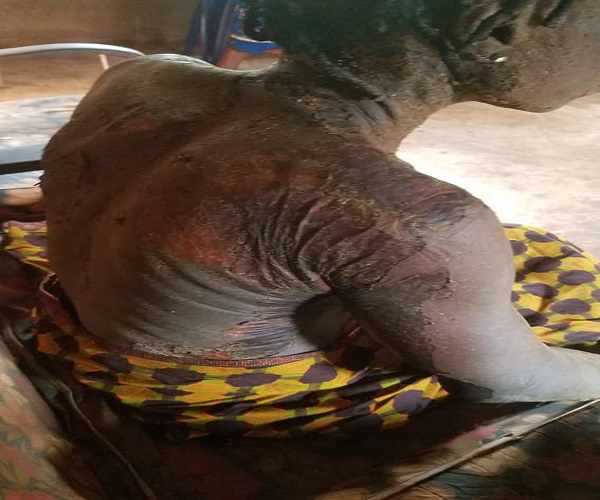 According to a report by The Nation, two women were feared burnt in a kerosene explosion at their various houses in Igboukwu, Aguata local government area of Anambra State.

The incident reportedly occurred when the victims poured the kerosene bought from the market but suspected to be adulterated inside their lanterns.

The Nation gathered that the explosion affected parts of their houses.

The police spokesperson, Haruna Mohammed, who confirmed the incident, said the suspect has been arrested.

He said, “There was a report at Igboukwu Division that between 12th and 13th February 2020, one Roseline Onwuka ‘f’ of Ozala village Isuofia and Ebere Ibejiekwe ‘f’ of Isiaku village Isuofia bought kerosene suspected to be adulterated from one Chidiebere Umeobi, a kerosene seller at Nkwor Igboukwu Market and took the kerosene to their various houses.

“The kerosene exploded when they used it in their lantern and stove respectively.

“As a result, both Mrs Roseline Onwuka and Ebere Ibejiekwe sustained varrying degrees of burns all over their body while parts of their houses was also gutted by fire which emanates from the kerosene  explosion.

“Both victims are receiving treatment at the hospital. Scene was visited by Police detectives attached to Igbuokwu Division and photographs  taken.”

Mohammed said samples of the kerosene was collected and taken to DPR for analysis, adding that the case was being investigated.