Nigerian actor, Chiwetalu Agu has broken his silence over reports that he's terribly sick and in need of money. 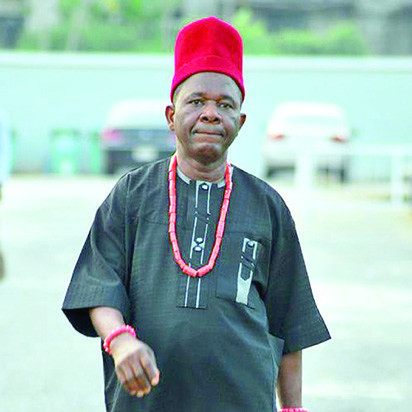 Chiwetalu Agu
Nollywood veteran actor, Chiwetalu Agu has denied reports that he is sick and in need of money for treatment.
The actor who revealed that he is in good health and will never ask anyone for money, also stated that he is not on Facebook.
Chiwetalu Agu urged members of the public to disregard the claim.
He wrote:
"Good morning my people
Please disregard any foolish post on Facebook by anybody saying am SICK and SOLICITING for MONEY, I'm in a perfect good health condition, i will never ask anybody for A DIME neither am I on FACEBOOK.
Chiwetalu Agu also reacted to rumour of being dead, a claim he said made him recieve over 500 calls from family, friends and loved ones. He disclosed that that he doesn't know who started the rumour and also stated that its originators will die before him. "
He added:
"Yesterday I got over 500 calls from Friends Fans And Family who want to know if the stories that they read on Facebook was TRUE
I'M NOT ON FACEBOOK
Now I don't know who started this nonsense stories of them being DEAD NOT ME but one thing I know is that all the people that started this story and posted it on Facebook will DIE before me in the name Chukwu Okike Abiama. Iseeeeeeeeeee
IF YOU SEE SUCH NONSENSE POST ON FACEBOOK PLEASE REPORT THE OWNER OF THE ACCOUNT..
Signed Chief Chiwetalu Agu 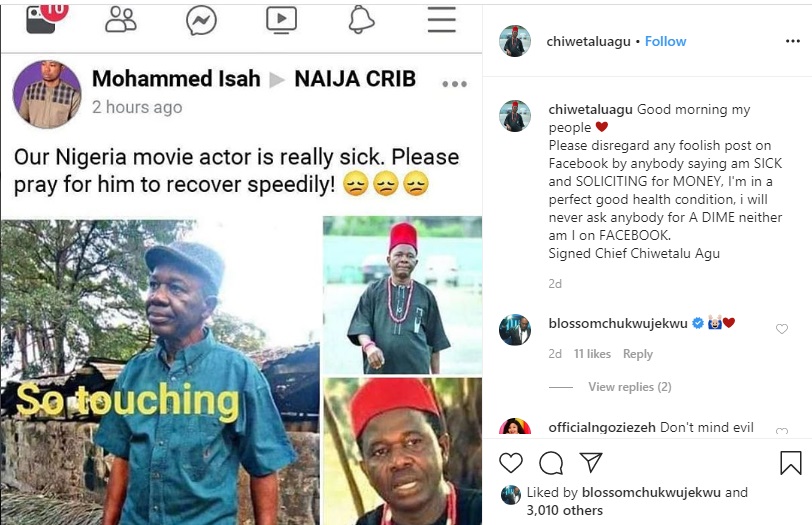 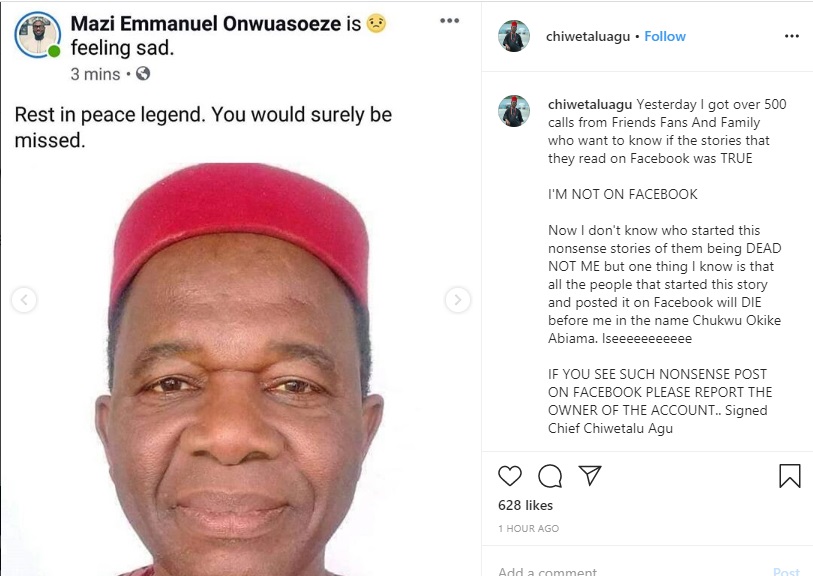