A Hollywood legend who died on Wednesday has donated his entire wealth to Charity. 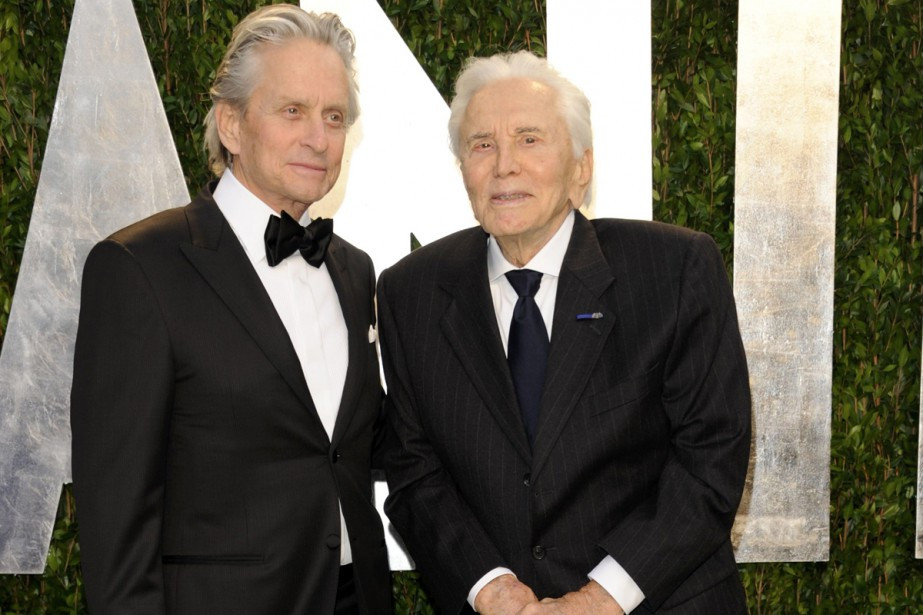 Michael Doughlas and late father, Kirk Douglas
Hollywood legend, Kirk Douglas has given all his entire $60million fortune to charity, according to a report by Dailymail.
The renowned actor and father of actor Michael Douglas died on Wednesday, February 5, 2020, at the age of 103. He was laid to rest two days later at the Westwood Memorial in Los Angeles.
Dailymail quoted The Mirror saying that Kirk left his entire $60million fortune to charity and didn't leave any money to his son, Michael, who has his own net worth of about $300million.
The Spartacus actor reportedly shared his $61m fortune by giving away $50million to be distributed through the Douglas Foundation, which was founded by Kirk and his wife, Anne. The foundation "helps those who cannot otherwise help themselves".
Some of the beneficiaries that also benefited from Kirk's $61million fortune include St Lawrence University, where they fund a scholarship for minority and underprivileged students; Westwood's Sinai Temple, which houses the Kirk and Anne Douglas Childhood Center; Culver City's Kirk Douglas Theatre, a dilapidated movie theater restored as a live performance venue, and Children's Hospital Los Angeles.
Kirk, who was known for his charitable contributions throughout his life, is survived by his wife Anne, aged 100, children Michael Douglas, 75, Joel and Peter and seven grandchildren.
Top Stories