A group of priests and a bishop have been spotted in the United Kingdom rocking isiagu attire during mass. 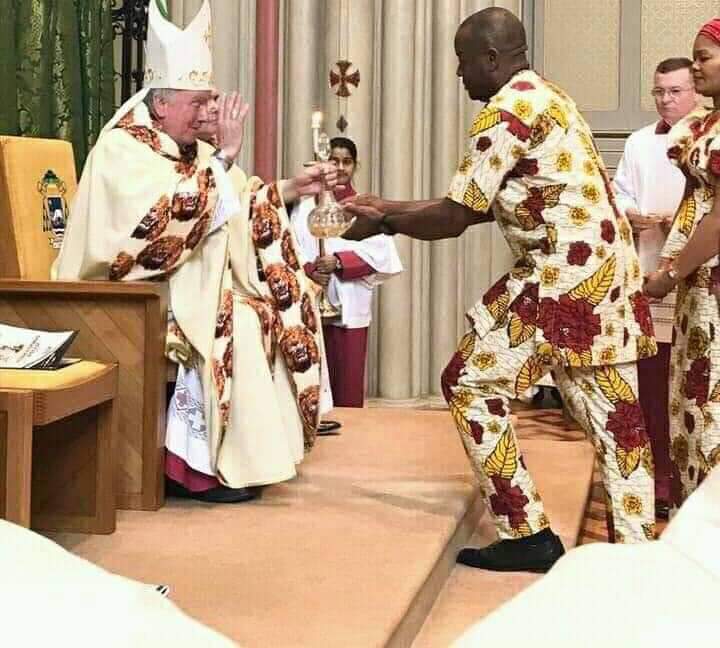 Catholic Bishops and priests rocking Isiagu themed priestly robes in UK
It was a great sight to behold as Catholic Bishops in Portsmouth, United Kingdom and some of his priests were seen recently celebrating mass in isi-agu themed priestly robes.
Isi-agu attire which is popular among the igbos has gotten international attention with the gesture which has left many Nigerians celebrating the pictures.
More avenues have been urged to be exploited as a means of showcasing African culture to the world.
See more photos below: 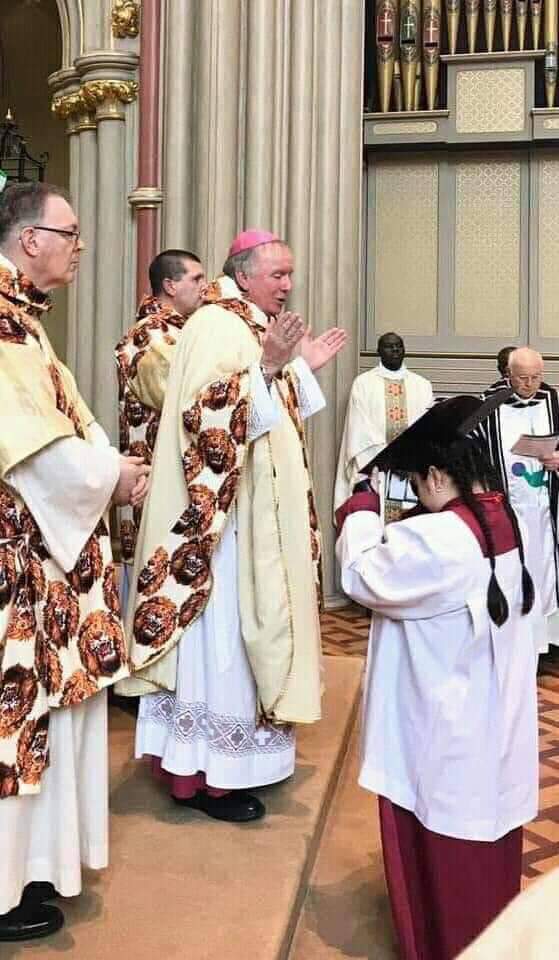 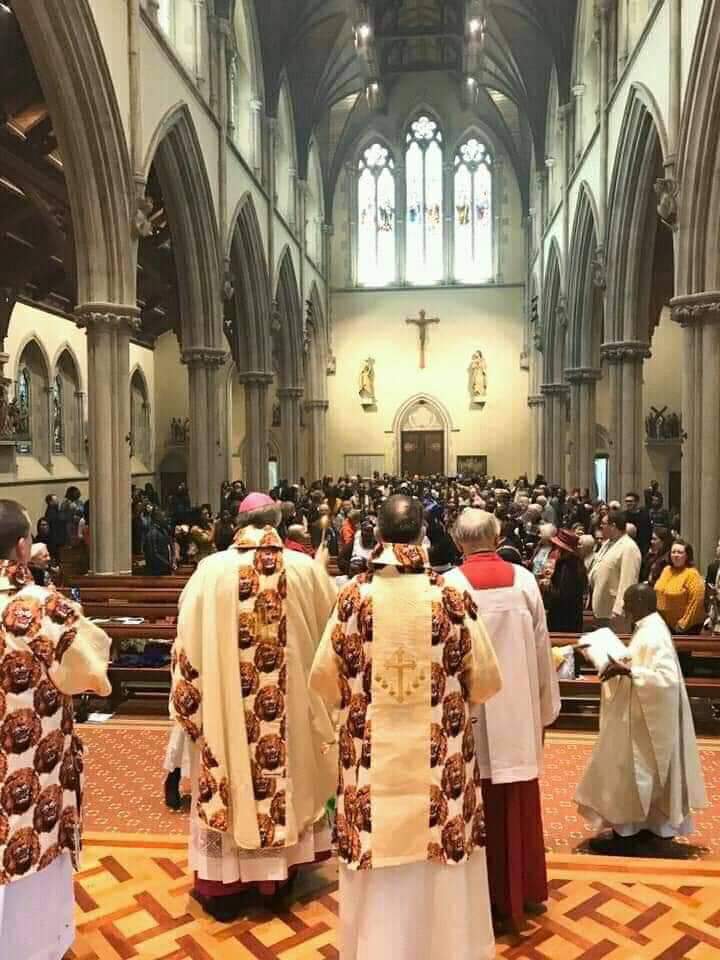 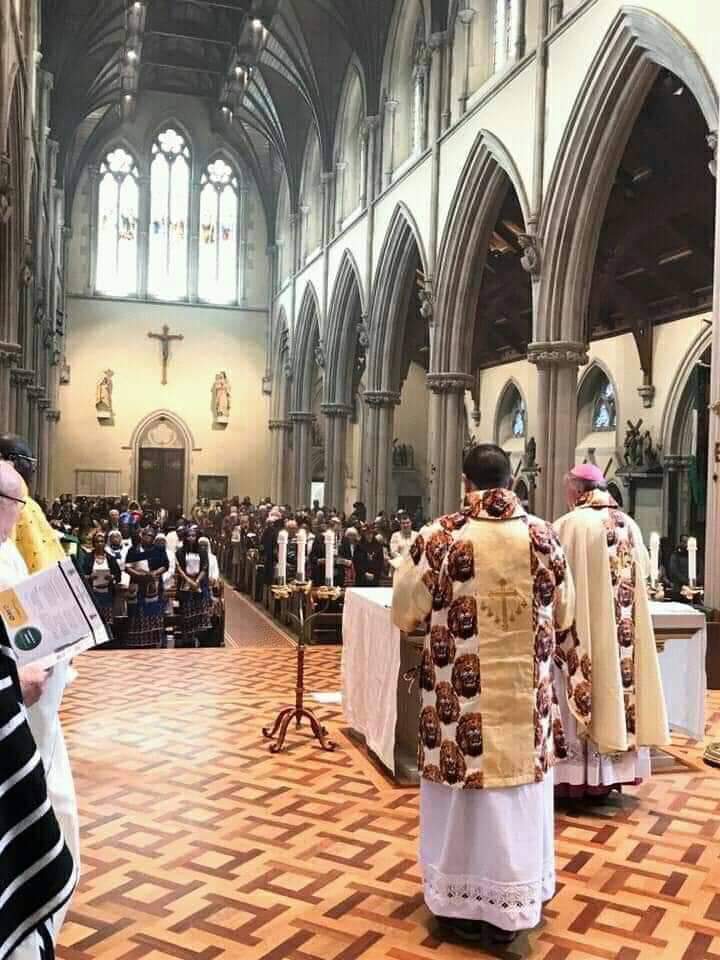