A popular actress has warned men to never wash a woman's panties as doing so would end in a very bad way. 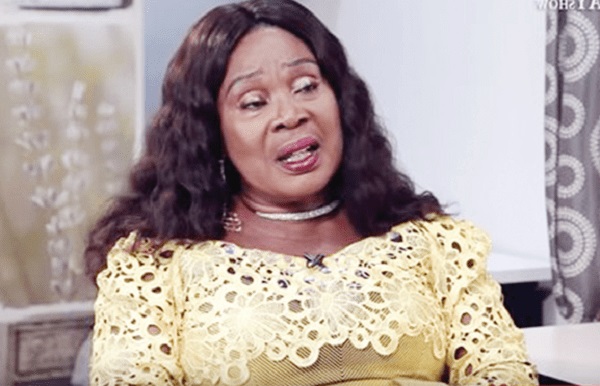 Grace Omaboe aka Maame Donkono
Veteran actress Grace Omaboe popularly known as Maame Donkono has warned youths and men to desist from washing woman panties since its a bad practice.
According to the Ghanaian actress, any man who does this is cursed and would be faced with bad luck forever. She used the bible to back her point.
She stated that the good book of Christians has made it clear that the man is the head of the family and hence shouldn’t have to stoop low by washing panties no matter the situation.
Maame Dokono shared her view in an interview on Vibes in Five and said “No, No, it will be hard luck on the man if he washes his wife’s underpants and everything of the man will go bad."
She added that “It will have spiritual implications and everything of the man will not go on well for him”.
She threatened that she will slap and beat the hell out her son if she should ever see him washing the panties of his wife because that is not his duty as the man of the house.
“I will take the things from my son and slap him with it. I will ask him if he’s a fool to be washing his wife’s panties, I will ask him that Kwabena are you a fool?” she said.
Top Stories