A trigger-happy policeman has reportedly killed a Lagos resident, it has been reported. 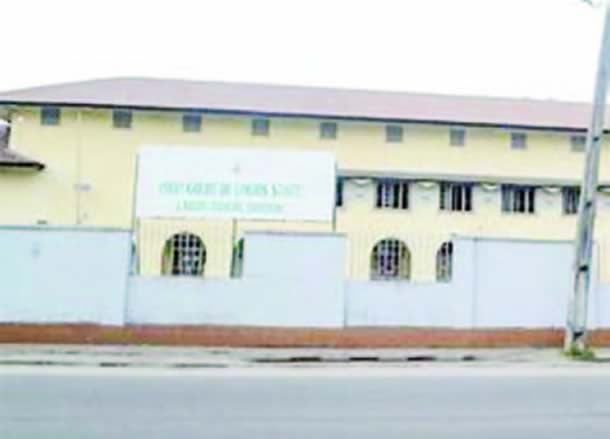 According to Punch Metro, the Baale of Makoko Waterfront Settlement, a suburb in Lagos State, Steven Aji, on Tuesday narrated to a Lagos State High Court in Igbosere, Lagos Island, how a trigger-happy policeman, Pepple Boma, allegedly shot a resident in the stomach during the demolition of some houses in the area.

Boma, who is standing trial on one count of manslaughter, was arraigned before Justice Module Nicole-Clay sometime in 2013.

The prosecution had alleged that the accused, on July 21, 2013, around 1.20pm at Makoko, shot one Timothy Hunpoyanwa to death.

The offence was said to be contrary to Section 222 of the Criminal Law of Lagos State 2011.

Aji, while being led in evidence on Tuesday by the police prosecutor, Hafeez Owokoniran, noted that an eviction notice was served on the community by the state government, adding that barely 24 hours afterwards, the cop and his colleagues arrived with some officials and started destroying houses.

He explained that while little children were falling into the lagoon, attempts to save them were resisted by the police.

Aji said, “They came with electric saw blades and cut down the wooden houses on the lagoon and while all this was going on, people called me. When I got there, I saw eight policemen, who shot continuously and beat the people that tried to rescue the children with horsewhips.

“I saw four policemen on both sides of the lagoon in flying boats. I cautioned my chiefs and subjects not to fight with the government officials. But while we were trying to pacify the officials to give us more time to enable us to leave the waterfront, I saw the defendant shoot Timothy in the stomach.

“Timothy started crying for help in a pool of blood, while the defendant’s colleagues blamed him that they had warned him to stop shooting. I asked the policemen to transfer the deceased into their boat since they had succeeded in shooting one of my chiefs. So, we transferred him into their boat and took him to a hospital.”

Justice Nicole-Clay adjourned the matter till February 26, 2020 for continuation of trial.