At least three persons have died after suspected members of the Aiye and Eiye confraternities clashed in Ikorodu. 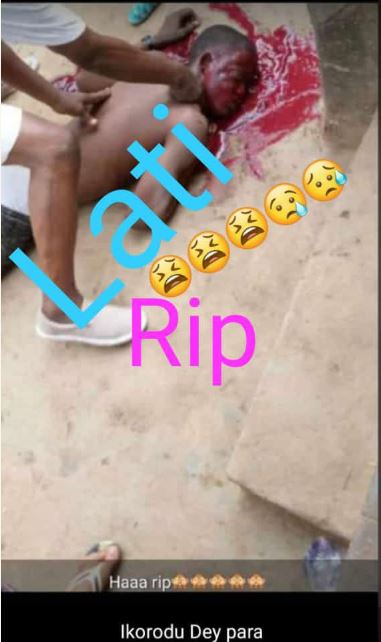 Some of the cultists killed during the clash
Many people ran for their lives at the Ladega and Laketu areas of Ikorodu, Lagos State, when suspected members of the Aiye and Eiye confraternities engaged one another in supremacy fights that left no fewer than three people dead.
According to Punch, the clashes started when suspected members of the Aiye cult invaded Ladega around 10am on Sunday and allegedly shot two rival members dead.
In a reprisal that followed, suspected members of the Eiye cult reportedly mobilised and shot a rival member dead in Laketu around 5pm.
The Deputy Commander of the Onyabo Vigilante Group, Olanrewaju Olabinjo, who confirmed the killings, said two Eiye members and one Aiye member were killed.
He said, “The clash was between the Eiye and Aiye cult members. Two people were killed in Ladega around 10am and later in the day, one person was killed in Laketu, Ikorodu. All the attacks happened on Sunday. The family members of one of the victims have recovered his corpse. We are on our way to apprehend those who perpetrated the crime.”
However, the Lagos State Police Command said it had arrested 17 suspected cultists during supremacy fights in the Ijora-Badia and Ikorodu areas, adding that one person was killed. 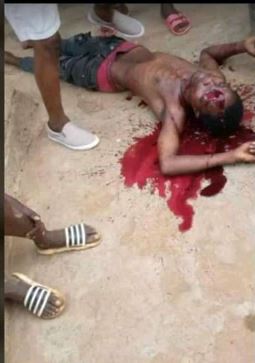 The Public Relations Officer, Bala Elkana, in a statement on Sunday, said five suspected cultists – Abiodun Olaniyi, 21; Kamal Emola, 20; Gbadeyinka Muritala, 18; Kadiri Bashorun, 28; and Adebayo Ebiesuwa, 25 – were arrested in Ijora Badia.
He added that 12 suspects, including Ibrahim Ajayi, Abdullah Isiaka, Yusuf Balogun and nine others, were arrested in connection with the killings in Ikorodu.
He said, “On Friday, February 21, 2020, around 1.20pm, the Ijora Badia Police Station received a distress call that two rival cults, armed with cutlasses and other weapons, engaged one another in a battle for supremacy at Iso-Isu area in Ijora Badia and inflicted varying degrees of injury on one another.
“Police operatives from the Ijora Badia division and the Special Strike Force on Social Miscreants from the command headquarters, Ikeja, were mobilised to the area. Five suspects were arrested; they are members of the Aiye and Eiye confraternities.
“In Ikorodu, on Sunday, February 23, 2020, around 11am, the Ikorodu Police Station received information that members of the Aiye and Eiye confraternities attacked one another at the Ladega area of Ikorodu and one Lateef Akinpelu, a.k.a Eti, 24, was seriously injured. Police operatives from the Ikorodu division, Area N, Shagamu Road, Ipakodo, RRS and SARS were mobilised to the scene.
“The injured person was rushed to the Ikorodu General Hospital where he died. Twelve suspects were arrested. One locally-made pistol was recovered. Investigation is ongoing. All the suspects will be charged to court.”