A serious crisis has broken out in the Boko Haram camp as the founder's son is killed in the process. 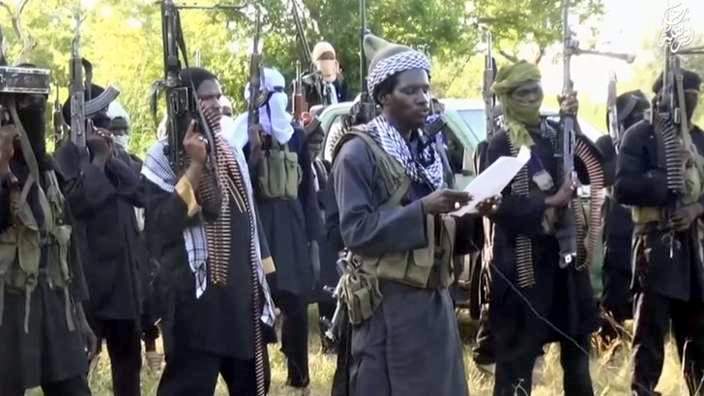 There is currently crisis in the camp of the Islamic State of West Africa Province (ISWAP), a faction of the Boko Haram sect.

Ba’a Idirisa, son of late Muhammed Yusuf, who is leader of the group in Nigeria, has been killed, according to sources.

Yusuf is the founder of the sect. His son was reportedly killed alongside three other commanders.

A source told TheCable that the ISWAP leaders were killed on February 9 for “driving an idea” which was considered too soft for the insurgents.

“Idirisa had told his fighters to stop killing  captured soldiers and should be kind to villagers,” the source said.

“But elements within the ISWAP leadership were not happy about this. They accused Idirisa and two others of being too soft and that they had been compromised. They were eventually killed.”

Another source said a communication between Idirisa and a humanitarian organisation was intercepted and the late insurgent leader was overheard suing for peace.

The source said Idirisa’s death has deepened the crisis in the Boko Haram camp as his loyalists have vowed to rebel.

Some of the fighters have reportedly accused their leaders of misleading them.

The development is coming at a time when the sect lost about 25 of its commanders. The military has carried out a series of raids on Boko Haram targets in the last two months.

Many others, sources said, fled into the neighbouring countries of Chad, Niger and Cameroon as a result of heavy bombardment from security forces.

One Abba Gana, TheCable understands, has now been named as the new leader of ISWAP in Nigeria.