The face of the Nigerian soldier who shot dead four of his colleagues before killing himself has been revealed. 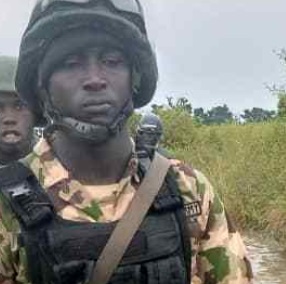 The soldier who killed four others before committing suicide
An aide to Babagana Zulum, governor of Borno state identified as Shettima Dogo has revealed the face of a Nigerian who killed four of his colleagues and then committed suicide at the Army Super Camp 15, located at Malam Fatori in Borno state in the early hours of Wednesday February 26th.
According to Dogo, the deceased soldier's action is suspected to have been caused by depression and trauma.
Sharing the photo, Dogo wrote: "The soldier that opened fire and killed four (4) Colleagues and shot self to death . Suspected to be caused by Depression and trauma .  Which I knew there are many who have been in the battlefield over 4 years , without been changed . So many measures need to be taken to avoid." 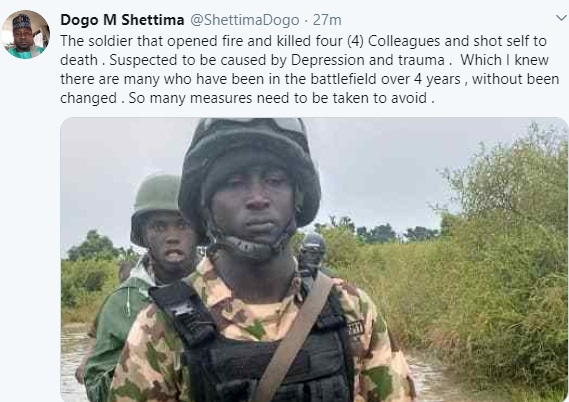