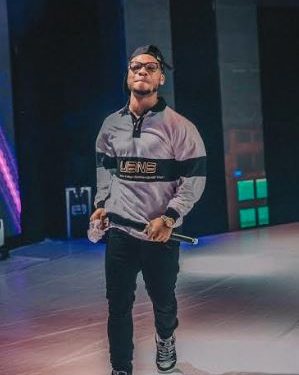 According to Sun News, Nigerian top act dancer, hype man and MC, Poco Lee, born Iweh Pascal Odinaka has stamped his feet on the entertainment landscape as a dancer to watch.

Currently, he has over 1.6 million followers on Instagram to show he has become something of a powerhouse who could influence things. But a couple of years back he was waiting on destiny to make things happen in his life.

And indeed, it appeared someone up there was listening and in no time good fortune found his home to nestle but not without some passionate efforts from him and a little help from others.

“The greatest influence on my life came from Zlatan Ibile, Rahman Jago and Naira Marley,” he noted in a recent interview.

His breakout year came a couple of years back when he featured in the popular eclectic Zanku Legwork video. And ever since, Poco Lee has shared the stage with A-list superstar singers and performers like Davido, Wizkid, Burna Boy, Tiwa Savage, Reekado Banks, Zlatan Ibile, Naira Marley and Niniola among others.

He has also performed at renown international events such as One Africa Music Festival in Dubai, United Arabs Emirate; Valentine’s Jamboree Concert in Nairobi, Kenya as well as hosting Naira Marley’s concert at the O2 Arena in London.

He hails from Orlu local government area of Imo State but was raised in the Ojo area of Lagos State.

He was born on October 21, 1996, to Mr Kenneth and Augustina Iweh. He’s the third of five siblings, all raised in Ojo area of Lagos State, Nigeria.