New report has shown there is no guarantee that Liverpool will be crowned Premier League champions because of the coronavirus. 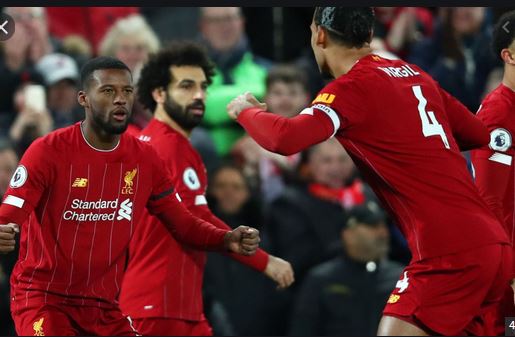 Liverpool’s march towards a first league title in 30 years could be put in jeopardy by the coronavirus epidemic, according to a report in the Telegraph.

The spread of the virus could see the government cancel all sporting events for two months, which could, the report states, result in an incomplete Premier League season.

There is “no specific regulation in place” should the full 38-game season not be completed, and, were such a situation to occur, crisis talks would be required to decide whether the campaign would be voided.

“Were the Premier League season not completed, it is likely crisis talks would take place to determine whether previous results would be allowed to stand or whether the entire campaign was rendered null or void,” read the report.

“Any final ruling could depend on how many fixtures had been played, similar to the results abandoned matches in some sporting competitions being allowed to stand if a certain percentage of them have been completed.”

The reports add that in such a situation, relegation would also likely be rendered null and void.

The United Kingdom now has 19 confirmed cases of coronavirus, with other European nations either cancelling or playing matches behind closed doors.

The Swiss soccer league (SFL) has called off all of the weekend's football matches after the government banned large events expected to draw more than 1,000 people as a measure to curb the new coronavirus epidemic.

In Italy, Serie A matches were set to be played behind closed doors amid the coronavirus outbreak which has hit the north of the country if proposals from the Italian football federation (FIGC) are approved by the government, the FIGC said on Monday.

How Shehu Sani Asked For $20,000 To Bribe Magu – Witness Reveals